The brother of a former Iowa lottery security official convicted of fixing a 2010 Hot Lotto drawing in an attempt to win millions is now facing an Iowa criminal charge of his own, online records show.

Tommy Tipton, of Flatonia, Texas, was booked into the Polk County Jail at about 4:40 a.m. Wednesday on a felony charge of ongoing criminal conduct.

Tipton, 43, resigned his elected position as a Texas justice of the peace in November after court documents claimed he won $568,990 in a tainted Colorado lottery drawing that investigators linked to his younger brother, Eddie Tipton. He is the third person charged in what has become a nationwide lottery fraud investigation.

Eddie Tipton, 51, was the former information security director for the Urbandale-based Multi-State Lottery Association that provides games like Hot Lotto and Mega Millions to state lotteries across the country.

Tipton was convicted in July of two fraud counts after a prosecutor accused him of rigging a drawing in an attempt to win $14.3 million. Assistant Attorney General Rob Sand argued Tipton purchased the winning ticket at a Des Moines QuikTrip before illegally filtering it through a close friend and two lawyers in a ultimately unsuccessful bid to get the money.

Tipton has since been linked to potentially tainted lottery drawings in Oklahoma, Colorado, Wisconsin and Kansas and is facing new charges of money laundering and ongoing criminal conduct.

(See Timeline of the biggest crime in US lottery history, below.)

The common thread between the drawings is that they were won on "manual plays," meaning winners have to pick the numbers themselves. Sand argued at the July trial that Tipton could have tampered with random number generators using a self-deleting computer program that would allow him to manipulate the outcomes of drawings.

Tipton pleaded not guilty to the new charges. His attorneys have consistently maintained his innocence following the jury verdict in July.

Iowa investigators received a tip after his brother's conviction that Tipton won cash from a Nov. 23, 2005, Colorado lottery drawing. Authorities ultimately found a friend who was recruited by Tommy Tipton to claim the prize in exchange for around 10 percent of the winnings, according to court documents made public in October in the fresh case against his brother.

The justice of the peace denied any wrongdoing at that time in an interview with The Fayette County Record. He declined to speak with a reporter after he was released from the jail Wednesday morning.

Tipton recruited the friend to claim the prize on his behalf by telling the person that he believed his marriage was failing, according to a criminal complaint made public on Wednesday. (See the full complaint and affidavit below in the Related Links section.) Tipton told the friend that he wanted to keep the money secret from his wife in case of a divorce. Eddie Tipton had built and programmed the random number generator that drew the winning ticket, according to the complaint.

Investigators found another witness who will testify that Tommy Tipton asked questions about how money could be traced around the same time as the Colorado jackpot, the complaint said.

The older Tipton brother is also reportedly linked to a $1.2 million prize from an Oklahoma Hot Lotto drawing on Nov. 23, 2011 that was suspected to be rigged.

In that instance, Tipton bought the ticket while on a trip to Oklahoma with another man who isn't named in the complaint.

The justice of the peace asked the other man to recruit a third person to claim the ticket, using a story again about a looming divorce. Oklahoma lottery records show that prize was paid out to Kyle Conn, the owner of a Texas construction company. The criminal complaint claims Tipton later collected a share of the money. 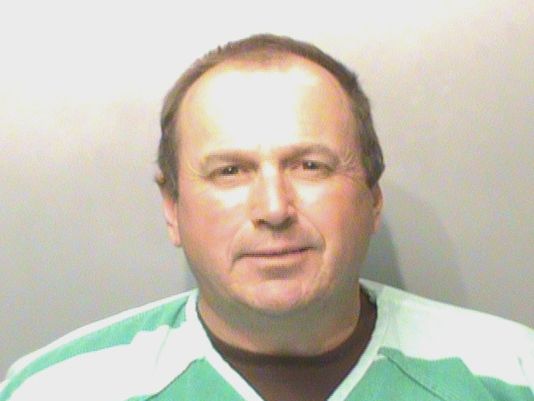