This past Christmas, a man in Vacaville, Calif., learned a grim, but useful, holiday lesson: Sometimes, don't spread glad tidings. Keep the good news to yourself.

It was Dec. 20, and the city of about 100,000, located midway between Sacramento and San Francisco, was festooned with white lights and toy reindeer. Hoping to get his hands on a bit of extra cash for the holidays, the Vacaville man went to a Lucky grocery store and paid $30 for a scratch-off lottery ticket that odds said would leave him at a loss.

But the ticket turned out to be a winner, and promised to flood his bank account with $10,000, or so he thought. The lucky lottery contestant couldn't contain his excitement. He returned home to tell his two roommates of his financial success.

He would rue the day he ignored the warning of Shakespeare's King Learto, "Mend your speech a little, Lest you may mar your fortunes."

The next morning, he reported to the Sacramento district office of the California State Lottery to collect his winnings. But the ticket he presented was not a winner.

Suspecting that one of his roommates had purloined the winning ticket while he was sleeping, the man went to the local police department, which recounted the episode Tuesday on Facebook. Chris Polen, a spokesman with the Vacaville Police Department, said authorities weren't naming the man at his request.

It didn't take long for police to unwind the mystery of the good ticket gone bad. The following day, on Dec. 22, the man's 35-year-old roommate, Adul Saosongyang, attempted to cash in on a winning scratch-off ticket at the same lottery office in Sacramento, police said.

California lottery officials, yet to be informed that a ticket had been reported stolen, nevertheless began a routine investigation, conducted for all winnings of $600 and up. Collecting a prize of such a sum involves submitting a detailed claim form, either in person at a district office or else in the mail, according to the state lottery.

The lottery investigator who went to the Lucky in Vacaville to view video surveillance footage of the original Dec. 20 purchase learned that the ticket may have been stolen, according to the police department's account. Theft of lottery tickets is relatively common. Numerous scratch-off winners have later been unmasked for stealing the tickets, either from friends or from the grocery stores where they were employed.

The lottery is a magnet for elaborate scams. But the high-stakes contest can also motivate more petty forms of personal betrayal.

The lottery investigator teamed up with a Vacaville detective to get to the bottom of things. Who had purchased the initial scratch-off game? Who was responsible for the ticket presented the following day? And who was destined for the $10 million?

What they say they uncovered was an elaborate attempt by Saosongyang to seize his roommate's reward. He had allegedly purchased a similar scratch card and then swapped it out for the winning ticket while his unsuspecting roommate was sleeping.

On Monday, the investigator summoned Saosongyang to the Sacramento office to collect his winnings. Instead of rejoicing in the windfall, however, he was arrested by Vacaville police, who had obtained a warrant for him on the charge of grand theft. He was booked at the Sacramento County Jail and will be transferred to the Solano County Jail later this week, authorities said. In California, grand theft can be classified either as a misdemeanor or a felony, which determines whether a defendant can be sentenced to up to one year in county jail or up to three years in state prison; it wasn't clear which type of charge Saosongyang would face.

Meanwhile, Polen, the police spokesman, said lottery officials were discussing the winnings with the victim. He said he couldn't be certain that the man would receive payment.

"Although, I'm sure everything will work out in the end," he concluded in an email, adding a smiley face. 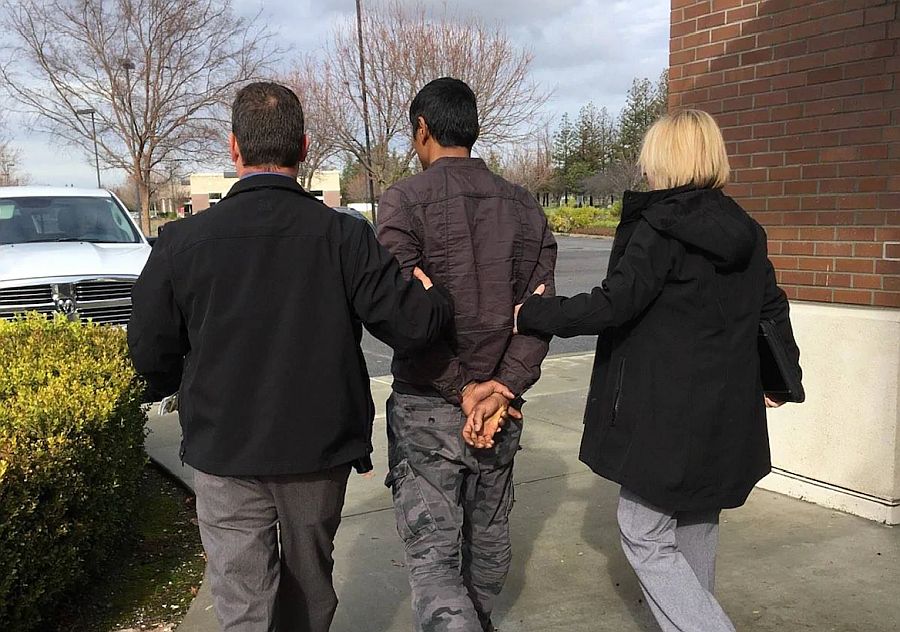 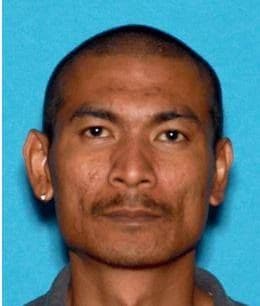 Thanks to KY Floyd for the tip.