German broadcaster ZDF gave Lotto ticket holders a moment of false hope on Wednesday evening, after a glitch with the ball machine meant presenters read out the wrong numbers.

At 6:50pm, 2.33 million people turned on their TVs to see if they'd won this week's lottery jackpot. But what presenters in the ZDF studio had not noticed was that that two balls, 46 and 47, failed to roll into the see-through Lotto drum.

Shortly after, Dirk Martin, head number caller from the Lotto operator confirmed that Wednesday's results were void due to a "A technical fault that has never happened before."

A spokesman from the Lotto Rhineland-Pfalz company added that the incident "had turned everything upside down" and that action was underway to make sure it did not happen on Saturday.

Presenter Heike Maurer then said she had taken a good look inside the drum and that the way the light fell on it meant that it was impossible to spot the two hidden balls.

The last time the Lotto went wrong was in 2002, when the drum stopped during the ball-reading and new one had to be brought out. 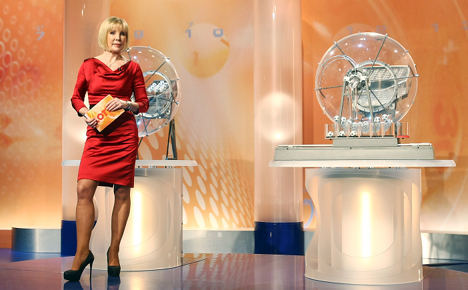 Thanks to Erik B. for the tip.