North Carolina lottery officials Tuesday evening revealed that a Cumberland County man was the winner of the $344.6 million Powerball ticket that was purchased in Hope Mills.

The winner, Charles W. Jackson Jr., was revealed at a news conference at 6:15 p.m. Tuesday at the North Carolina Education Lottery Headquarters in Raleigh.

Jackson, 66, has elected to take a lump sum payment of $223 million, which amounts to an after-tax payment of $158 million according to lottery officials.

"I never expected to win, so I just got lucky," Jackson said during a news conference.

During the news conference, he said plans to give some money to St. Jude's, Shriner's Hospital and the Wounded Warrior Project.

He called his wife to tell her that they needed to go to Raleigh to collect the money and only realized later he won the full amount.

"After I hung up with her I jumped back in there and looked — and I said "dang I got em all'," he said.

Jackson said he had to use Google to find out how much the ticket was worth after his wife asked him, and he didn't know.

Jackson said he picked his winner numbers partially from a fortune cookie at a Vietnamese restaurant.

Jackson is already retired — he previously had a military store on Riley Road near Fort Bragg.

Jackson said he planned to give $1 million to his brother.

The winning ticket was sold at Carlie C's in Hope Mills.

Lottery officials said it's the largest jackpot ever won in North Carolina involving a single ticket. It's the fifth time a North Carolina ticket claimed a Powerball jackpot. 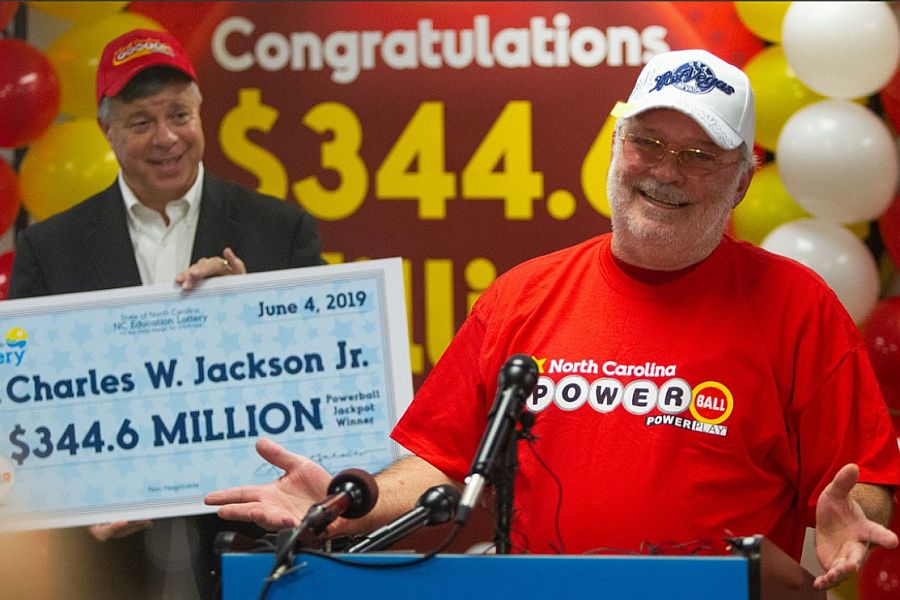