Gloria C. Mackenzie became the largest sole lottery winner in U.S. history in mid-2013 when the then 84-year-old took home about $278 million after taxes on a $590 million Powerball ticket she bought at a Zephyrhills Publix supermarket.

Five years later she sued her son Scott Mackenzie, who was her caretaker and the one who had "total control" over millions of dollars in winnings, saying he and his investment manager each lived off the money while poorly investing the proceeds, according to her lawsuit filed by attorney Gregory Anderson.

The 40-page lawsuit, which was revisited in court this week in Jacksonville, demands a judge and jury identify and preserve Gloria Mackenzie's Powerball winnings, saying she suffered damages in excess of $10 million due to negligence, conspiracy to misrepresent and breach of fiduciary duty. It also says her son and his actions were not done in good faith, breaching his legal duties as power of attorney as well as receiving unjust enrichment and exploiting a vulnerable adult.

This deprived his mother of gains she should have earned that would have generated "tens of millions of dollars" after he hired a Jacksonville investment adviser who Anderson said wasn't qualified to handle the account. While those investments "just sat there earning nothing," Anderson said the investor overcharged for his services while the son never checked on any of it.

"You don't have to know anything more than a branch manager at a bank to come back with some significant returns," he said. "At the same time, he [the investment manager] was charging my lady, age 90 and in ill health, $2 million in fees."

It's not clear how much of her winnings she has left.

It has not been ruled on yet. But the motion says the lawsuit is solely based on allegations that Scott Mackenzie introduced his mother to an investment adviser who put her in "conservative investment vehicles, in accordance with her chosen investment objectives, and effectively preserved her wealth."

"That Gloria's accounts did not increase in value as much as plaintiffs, in hindsight, would like is not a proper basis for a lawsuit," the motion says. "... Rather than pleading ultimate facts to support their claims, plaintiffs continue to pursue legal theories that are unsupported by the facts they allege."

Wedekind released a statement adding that his client is "deeply disappointed" with his family members' decisions and their motivations in bringing this lawsuit but is equally confident that the truth will prevail.

"Although he strongly disagrees with the allegations that have been made, he will respect his family's privacy by reserving any further comments until the case has been concluded," Wedekind said.

Gloria Mackenzie married Ralph L. Mackenzie in 1951, then they moved to a Zephyrhills trailer park until his 2005 death, living on Social Security, the lawsuit said. On May 18, 2013, things changed when she bought the winning Florida Powerball ticket.

She bought a 6,300-square-foot, five-bedroom home in Glen Kernan Country Club, currently assessed at $1.13 million, according to Duval County property records. The Tampa Bay Times reported the deed to the home was transferred to her daughter and trustee Melinda MacKenzie in June 2013. But Duval County records now show the home listed in her son's name.

Anderson said the mother could have "hired and afforded nannies, nurses and housekeepers," but she wanted family to take care of her. Scott Mackenzie convinced his mother that he had given her half of the $10 she used to buy the ticket and therefore was entitled to half the winnings, the attorney added.

"It is confusing whether he gave her $5 or worked around the house for the $5, or just happened to have it and handed it to her and she handed it to the Lotto ticket dealer," Anderson said. "... Gloria is fairly sharp, but she is 90. She was really concerned about being taken care of and this was an activating factor for her to help her son, because she wanted someone to take care of her."

The mother did give some funds to her other children, Anderson said. But the lawsuit said the son placed half of her winnings in various trusts and entities designed to "foster tax savings and advance Gloria's philanthropic aims," then Anderson said he convinced her that she should "give him half of it." Since he also had power of attorney, which gave him "the authority to conduct investment transactions" on behalf of his mother, he began looking for an investment company.

Scott Mackenzie, an assistant manager at a shoe store at the time, didn't choose a major investment firm. For reasons that "escape virtually everyone who examined this," Anderson said he chose Hank Madden of Madden Advisory Services, who hosts a local call-in Saturday morning financial advice show on the radio.

The lawsuit says Madden had never handled any account the size of the Mackenzie's. It also says some of Madden's prior clients had complained about him, and he had been fired for "commingling funds by an investment firm that employed him."

"Scott failed to perform the proper due diligence to investigate and understand the person being considered to handle his mother's nine-figure portfolio," according to the lawsuit. "... Having had little money to her name and being a widow well into her 80s, Gloria had no knowledge or experience with which to judge the veracity of the representation or the performance of her son Scott or Madden."

Anderson said Scott Mackenzie transferred millions into Madden's control, a man who "failed to invest the funds in an appropriate mix of investments" and did very little trading. Yet Madden also was charging "outrageous amounts and fees totally untied to any actual performance," Anderson said.

"Scott did not protect his mother, failed to properly discharge his duty to her and instead eventually banished her from the house they shared together because she was no longer able to care for herself," the lawsuit says.

That occurred after Gloria Mackenzie fell and hurt herself, yet wasn't moved to a nursing home, Anderson said.

"She... ends up living with another of her children outside of Jacksonville," Anderson said. "The sad thing is Gloria could buy every assisted-living facility in Jacksonville."

In the end, it took Gloria Mackenzie years to understand that her son and Madden had "poorly served her," the lawsuit says.

If the amended lawsuit is not dismissed, it could be heard before a jury this fall or early 2020, Anderson said. 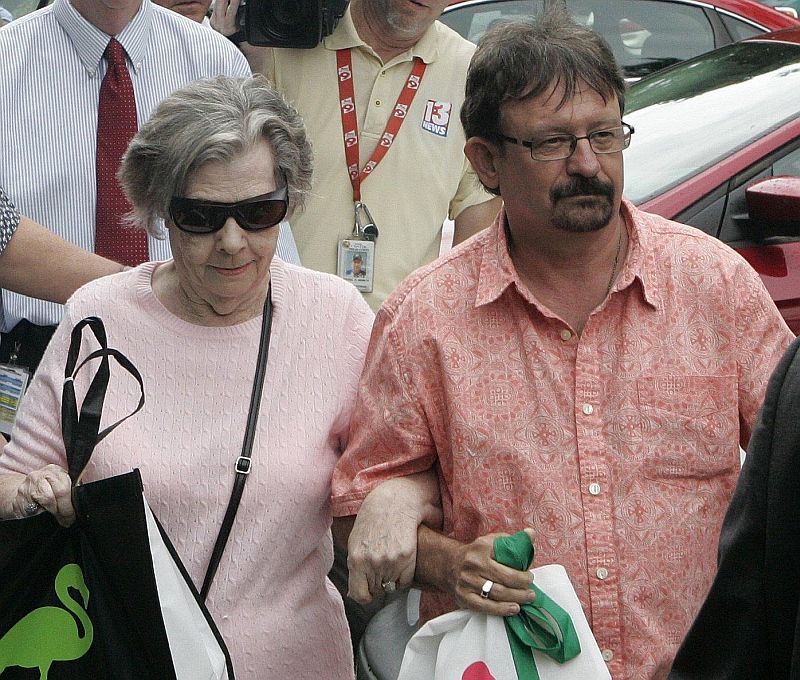