A New Jersey man who claimed a $273 million Mega Millions lottery jackpot this week left the winning ticket at the store.

When he realized on Friday that he left behind the two Mega Millions tickets he bought at the Quick Chek on New Brunswick Avenue in Pohatcong Township, he returned to the store.

"A Good Samaritan" had found them and the store was holding them in a drawer awaiting Weirsky's return, he said on a frigid Wednesday morning wearing a Harley Davidson T-shirt and blue jeans on his front porch in the blue-collar community of Alpha.

It was still before the drawing so the tickets were worth what he paid for them -- $2 each.

The 54-year-old 1984 Phillipsburg High School graduate picked them up and didn't think about them again for a few days, he said.

It wasn't until Sunday night in the heart the snowstorm that Weirsky was talking to a friend, who played and lost the Mega Millions. So Weirsky took out his two tickets. The first was a loser, he said. He tossed it in the trash can. He scanned the second on his phone and it came back as the jackpot winner.

He told his mom, Shirley, who figured he was pulling her leg. She definitively didn't believe him, he said.

He paced the house for a few hours before taking the ticket to a local Bagelsmith and had it run through the lottery machine there, he said.

He was a millionaire. Times many.

A person who answered the phone Wednesday morning at the business said that story was true.

Weirsky headed home and told his mom again. This time she believed him, he said.

When asked Wednesday morning if he won the lottery, Weirsky said, "Maybe," then he laughed. He was holding the paperwork in his hands, he said.

A limo was soon to pick up Weirsky, his mom, his Aunt Mary Fegley, friend Barry Olah and two of Weirsky's cousins to take them to Trenton so he could make it official. They were stopping for more friends along the way. They were not expecting a formal ceremony, just a meeting with a couple of lottery officials, Weirsky said.

When asked to see the ticket, Weirsky said he wasn't showing it to anyone until he got to Trenton.

A New Jersey Lottery spokesman declined on Wednesday morning to confirm Weirsky was the winner.

Weirsky said he's already spoken to his attorney and his financial advisor. On Wednesday morning, he bought a new Ford Raptor pickup. His 2012 pickup is in good shape, he said, but he'd driven it cross-country a few times so it was time for something new.

He's looking at a new house on Saturday, he added.

He's still not sure about the tax implications of his win, but, no matter what, he'll have more money than he'll be able to spend, he said. He probably will never touch the principal, he added.

Many in his hometown know he's the winner but no one has been bugging him, he said. He shared beers the other night at Sharkys with a friend who casually mentioned the windfall but didn't push for information. Alpha's just that kind of town, he said.

Weirsky is unemployed but has been picking up money doing handyman work for a friend and will keep doing that until the friend can find a replacement, he said.

He'd been "following his wife" around the country for the past 15 years, but they got divorced in October so he's been starting over to a degree, he said. They had no children.

He's ready for those with their hands out. Those who treated him well before will have his ear. Those who didn't can forget about it, he said.

He can joke now about his life up to this point. 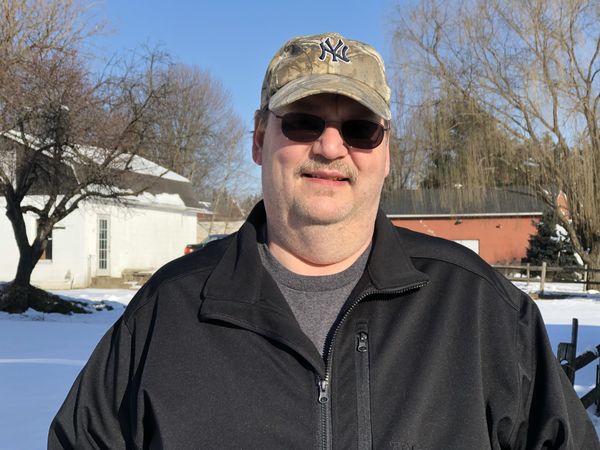 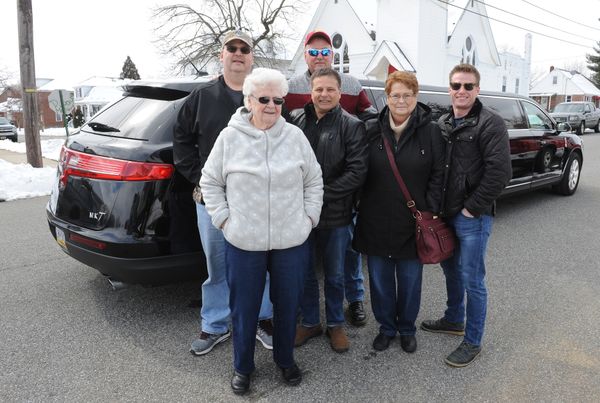