Santa arrived with a $3 million gift recently from the Connecticut Lottery's Dec. 25 Mega Millions drawing. The ticket was sold at Avenue News in Bristol and claimed on Feb. 1.

The prizes were claimed in four separate blocks of $750,000 under four entities:

That triggered a reinvestment that hit for a big dividend.

"I won $15 on one of the scratch tickets I got for Christmas," said one of the claimants. "I cashed it in at Avenue News (in Bristol), and purchased four more tickets — one Powerball, a Mega Millions, a Lotto and a Lucky for Life. The next day I opened my iPad and saw on Facebook that there was a $3 million Mega Millions ticket sold at Avenue News on Christmas Day. I checked the winning numbers, saw I got a couple numbers... and then I realized I had all, but the Mega Ball."

The winning numbers drawn on Dec. 25, 2018 were 2, 8, 42, 43, and 50. The Mega Ball was 6, and the Megaplier was 3. Because the ticket was purchased with the Megaplier feature added, the $1 million prize was automatically multiplied by three for $3 million.

The family did not consent to a photo but CT Lottery claims staffers Flo Votino, Sarah Crespo, Wendy Gasparini and Robin Raboin posed with the ceremonial big check this week to celebrate the big payout. 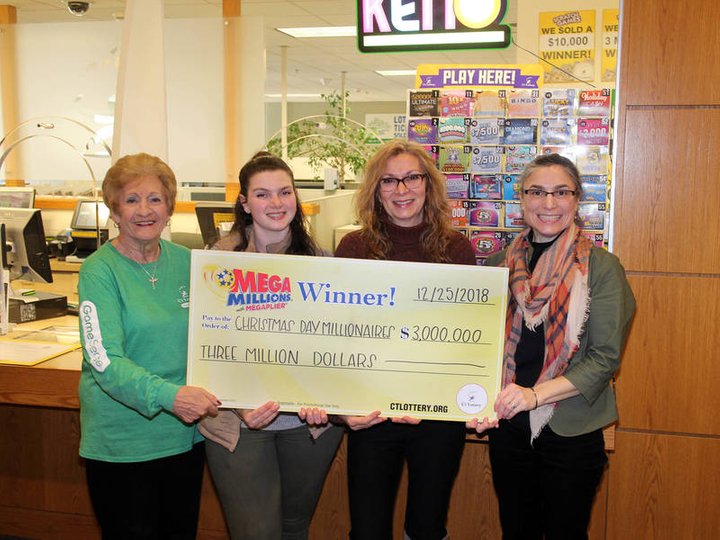