An Idaho woman's streak of playing the same lottery numbers since 1989 finally paid off when the numbers earned her a $390,000 jackpot.

Rosemary Loveland said she has been entering the same numbers in the weekly drawings since the Idaho Lottery began in 1989, and Friday morning she discovered her numbers for Thursday night's drawing qualified her for the second-tier prize on the Idaho Lottery Draw Game Lucky for Life — $25,000 a year for life, or a $390,000 lump sum.

Loveland, who took the lump sum option, said she plans to invest her winnings for her children and grandchildren. 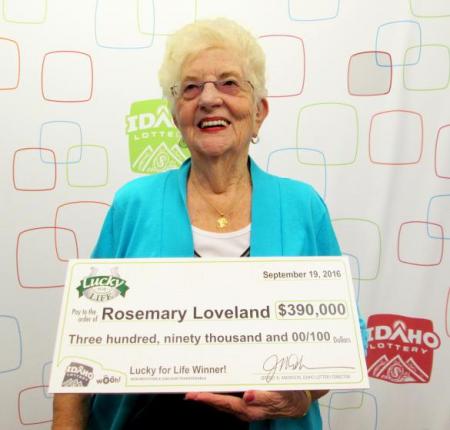