For years, horseshoes have been bringing a steady income to Minnesotan Joseph Yanish. Last week, the luck that the horseshoe symbolizes brought him a $1 million payout.

Yanish, a farrier who lives just west of the Twin Cities in Litchfield, won the $1 million prize on an "impulse purchase" he made at a Casey's General Store in St. Cloud.

"I just had an extra couple of bucks and decided to buy two tickets at the last minute," he said.

Yanish, 33, discovered his win a couple of days after the May 14 drawing, having read online that a $1 million ticket was sold at that same Casey's.

"I was freaking out," he recalled, once he compared one of his tickets to the numbers drawn. "My wife [Erin] thought someone had died!"

With ticket in hand on Thursday, the Yanishes claimed their prize at Minnesota Lottery headquarters in Roseville.

The couple said they plan to pay off their debts, including their mortgage, with their post-taxes windfall. They also plan to tithe a portion of their prize and also travel.

Yanish's winning ticket in the multi-state game of pure chance matched the first five numbers drawn. The winning numbers from May 14 were 13, 27, 47, 64, and 65 and the Powerball number of 9 proved elusive to Joseph Yanish.

This is the third $1 million Powerball prize claimed in Minnesota so far this year. 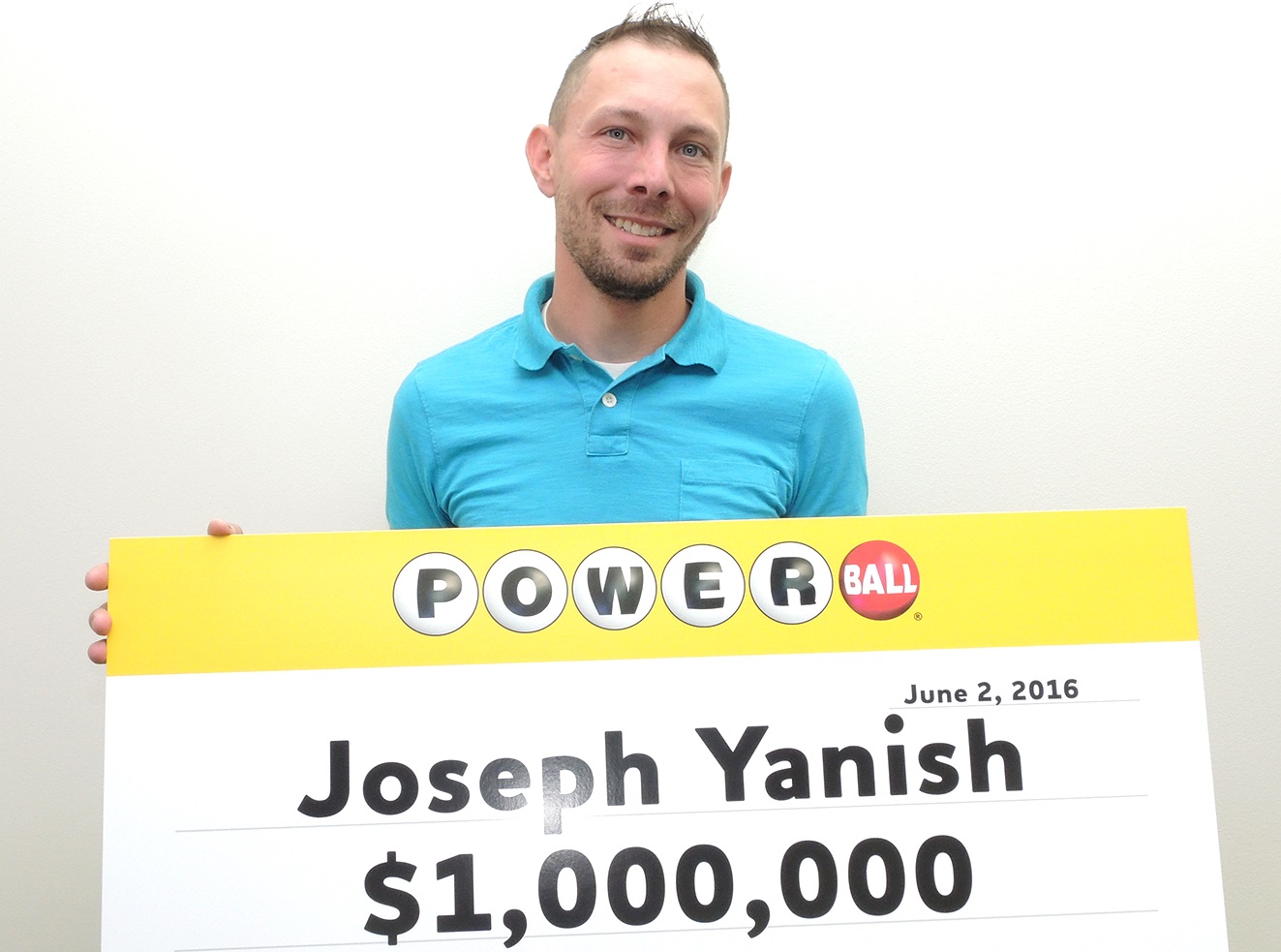