The Illinois Lottery was giving away thousands of dollars worth of free gasoline, groceries, meals and sweets throughout the state on Monday, as part of its Luck is Everywhere promotion.

"I'm in shock," said a woman named Maryann as she laughed at her good fortune.

She had not planned to fill up her car's gas tank until Tuesday, but on a lark pulled in to the Delta Sonic gas station on Jefferson Street in Joliet on Monday, where the Lottery gave out $20 worth of free gas to 100 customers.

"It's a good day when you can get free gas," she said.

It was part of the Illinois Lottery's #luckiseverywhere promotion. Groceries and lottery tickets were given out at a location in Springfield. Donuts and lunch from food trucks in Chicago. Dinner and entertainment for veterans at the VA Medical Center in Marion.

Arlynd Edwards was another person who got free gas in Joliet.

"I was over at the gas station across the street, and somebody ended up coming over, saying 'They're giving away free gas.' I said, 'Y'all just lost a customer,'" he said.

Darryl Strauther had just bought gas at the Delta Sonic just before the promotion began at 10 a.m., so he went home and got his other car and got his $20 in free gasoline. He also called his brother and "everybody I knew" to tell them about it.

With the state in the middle of a severe budget crunch, WBBM tried repeatedly to ask the Illinois Lottery where the money came from for the promotion and how much was spent in total, but has not yet received an answer. 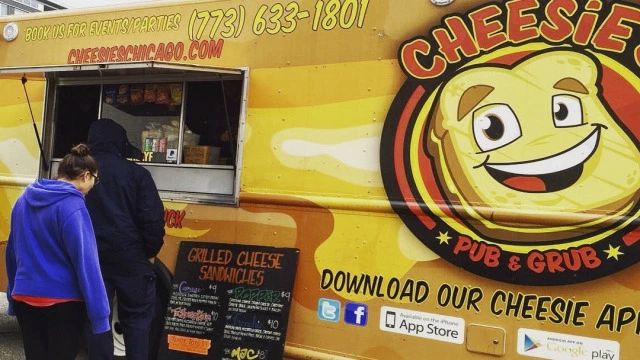