A New Mexico man thought he won big bucks on a lottery scratcher only to find out it was a misprint.

The winning numbers were 1 and 2.

If you look closely at the ticket, you can see part of a number that's supposed to be next to the 1's, but it's very faint and you can't tell what it is.

John says he thought he hit the big one. But he says when he went to the gas station to get his money, it didn't work.

"I took it back in and she told me that is not a winner," said Wines. "They told me that it was a misprint and they don't pay off for misprints."

John says he contacted the New Mexico Lottery who replied in an email saying, "We did find a flaw in that particular pack of tickets and it's been reported to our printer. Thanks for bringing this to our attention. I did complete a reconstruction of your ticket and it was not a winner."

"I mean, if you thought you won $500,000 and somebody tells you that you didn't, and you can prove to them you did, it's pretty stressful for somebody to say, 'no you're not getting your money,'" said Wines.

The New Mexico Lottery did offer him $100 in lottery tickets.

"It's like I told them, I didn't misprint it," said Wines. "I bought the ticket in good faith thinking if I won I was going to get my money. And they told me no, they absolutely, positively told me no." 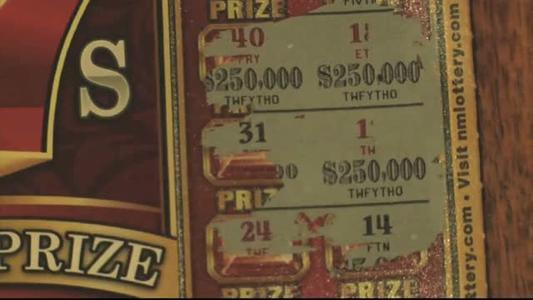 Thanks to Leland B. for the tip.

Nebraska woman told her winning lottery ticket is a dudNov 26, 2018