Got winning numbers from the sticker on his orange

A Providence, Rhode Island, man's fate was decided by a piece of fruit Wednesday, when he resolved to play the lottery based on the numbers found on his orange's sticker.

Fittingly, Samuel Deleon Reyes of Providence was decked out in orange when he picked up the $10,000 he won playing Wednesday night's Daily Number.

Reyes wagered $1 at Sanchez Liquor on Manton Ave. on two four-digit straight tickets with the numbers 3-1-0-7 after seeing those digits on his orange. When the numbers hit, each ticket was worth $5,000.

Reyes didn't waste any time spending his winnings. According to Rhode Island Lottery, he's taking a trip to Puerto Rico.

Oddly enough, Reyes is not the only person who gambled based on an orange that day. Another winner raked in $2,604 with numbers from a fruit sticker.

A Warwick man claimed the winning $10,000 PowberBall ticket from Saturday's drawing. The winning ticket matched four numbers and the Powerball.  Rhode Island Lottery said if the man played the Power Play option, his winnings would have increased to $40,000.

That winner is using the money to fund his Fourth of July vacation to Atlantic City. 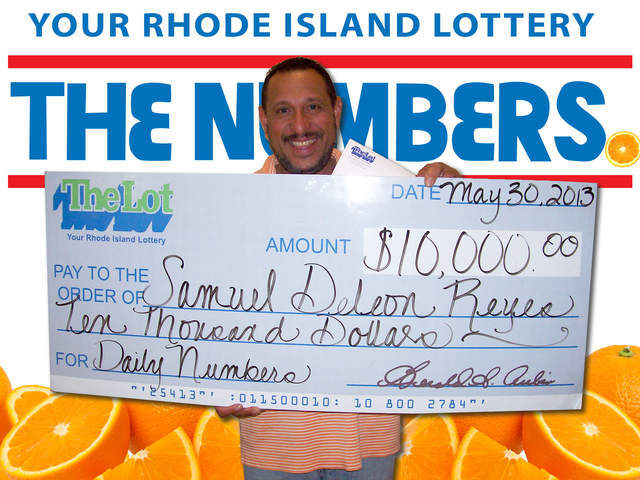