New Jersey lottery turns 40 with record $2.6B in revenue

The New Jersey Lottery sold a state record $2.6 billion in tickets for fiscal year 2010, an impressive number considering the state is in the midst of an historic recession.

It's also impressive because the New Jersey Lottery, which turns 40 in December, continues to be an economic force in a state desperate for cash. Even after all this years, for better or worse, the lottery remains a growth industry.

"The lottery is a recession-proof business," says Carole Hedinger, acting executive director of the state lottery. "We're not heavily impacted by good or bad times." Then again, some might argue that a harsh economy encourages those not inclined to gamble during good times to take a shot at quickly reversing their financial ills.

It was Dec., 16, 1970, when Jersey residents from Hackensack to Cape May flocked to 2,000 agents to purchase lottery tickets for the first time. In less than two weeks, six million tickets were sold.

And the money hasn't stopped flowing since.

What started as one drawing a week for one game has grown to 39 drawings a week for six separate games. And the instant lottery allows gamblers to take a chance any time of day. The lottery is now the fourth-largest revenue-generator in the state.

Jackpots that once numbered in the thousands now can reach hundreds of millions of dollars, thanks to the introduction of Mega Millions and Powerball.

For the state's 6,100 lottery retailers, ticket terminals in their stores act as sales magnets.

Janak Patel, owner of the Quick Mart Food Store in Lawrence, has been selling lottery tickets for 12 years. "We sell a lot of tickets," she says.

But no sale has surpassed the $1 million instant lottery ticket Patel sold in May.

"Having a big winner helps business pick up," she says. "Other people hope to get lucky."

The introduction of big-stakes games has brought in more business, Patel says, particularly when jackpots surpass $100 million. Retailers also see benefits directly from the lottery, earning 5 percent of their ticket sales as commissions.

Lotteries have a long history in New Jersey. They were used to finance the military during the French and Indian War and the American Revolution. The games also had a role in higher education during Colonial times. For example, lotteries provided much of the financing needed to build Nassau Hall at Princeton University.

But state lawmakers were divided in 1969 on whether to support a referendum that would legalize the lottery.

State Sen. William V. Musto (D-Hudson) was a tireless advocate of the lottery and the referendum's requirement that net proceeds be allocated for educational and institutional needs.

Both gubernatorial candidates that year — Republican William T. Cahill and Democrat Robert B. Meyner — were counting on lottery revenues to help the state's budget without actively supporting the referendum.

The lottery was perceived by some as a way to avoid raising state taxes or instituting a state income tax. Predictions of how much revenue the lottery would generate its first year ranged from $20 million to $100 million, depending on the frequency of the games and the cost of the tickets.

Opposition was unorganized, with most of it coming from various religious groups, such as the New Jersey Council of Churches.

In the end, 81.5 percent of voters, one of the largest majorities in state history, made New Jersey the third state behind New Hampshire and New York to legalize the lottery.

"The stigma associated with gambling started to go away in the 1970s," says Izzy Posner, executive director of the Lloyd D. Levenson Institute of Gaming, Hospitality and Tourism at Richard Stockton College of New Jersey in Galloway. "It's a legalized numbers racket."

From the lottery's inception, New Jersey experimented with the games, adding a daily drawing with the 5-Digit Daily Game in 1972.

But it was Pick-3 that changed the dynamics of the lottery industry, says Hedinger. "It was the first time you were able to pick your own number."

Created as a temporary promotion, Pick-It, later renamed Pick-3, became a popular and permanent part of the lottery landscape.

"Pick-3 generated the most sales for a single product," $435.2 million in fiscal year 2010, says Hedinger. It accounts for one-third of all ticket terminal games and created a template for a succession of similar games: Pick-4, Cash 5 and Pick-6.

Nancy McFadden of Old Bridge beat those odds to win the Pick 6 Lotto last Aug. 30. Like most winners, she was stunned by her good fortune.

"This is all still so amazing to me. I've won the lottery in the past, but never like this," says McFadden, who waited three weeks to claim her jackpot of $6.75 million.
She says her winnings will allow her to see the world.

"I know I want to see America, but I'm thinking about what I want to do and what trips I want to take, once I've made it through all 50 states. I do know this: When I hit my 'golden years,' this will help to make them a lot more golden."

When people ask, "Where does all the lottery money go?" the state has a ready list, everything from funding state and county colleges to psychiatric hospitals and centers for the developmentally disabled.

Advances in technology now allow the sale of instant tickets through vending machines and one day could create an international game, taking Powerball and Mega Millions to the next level.
Hedinger believes the current system is in good shape and continues to evolve with new games and promotions. For instance, recent instant lottery games have featured partnerships with the local NFL teams, such as the New York Jets, New York Giants and Philadelphia Eagles.

Actually, public attitudes towards gambling haven't changed all that much since Colonial times. Three centuries ago, Alexander Hamilton, first secretary of the U.S. Treasury, put it this way:

And then there are the losers

While the lottery has produced its share of winners, there is a flip side to consider. Of the 20,000 calls received each year by the Council on Compulsive Gambling of New Jersey, 15 percent are related to the lottery, says Donald Weinbaum, executive director of the council, located in Hamilton.

The growth of lottery games, casinos and gambling opportunities on the internet keeps the council busy, says Weinbaum.

The organization maintains a 24-hour, toll-free hotline (1-800-GAMBLER) and a website (800gambler.org) to provide assistance to problem gamblers and their families. Weinhaum says the council works closely with lottery officials to promote the council's services.

Carole Hedinger, acting executive director of the lottery, says the state has no interest "in fueling someone's gambling problems or appealing to children."

The state lottery has an ongoing campaign ("Not 18 Yet? No Bet") to discourage underage wagering. It also includes the gambling council's phone number on all lottery tickets.

Operation of centers for the developmentally disabled: $29,723,000
Operation of state psychiatric hospitals: $144,870
Department of Military and Veterans Affairs — operation of homes for disabled soldiers: $31,404

Here is a look back at key moments for the New Jersey Lottery, as captured in lottery archive pictures.  For a larger view and the ability to quickly navigate between pictures in a gallery format, click on any of the pictures. 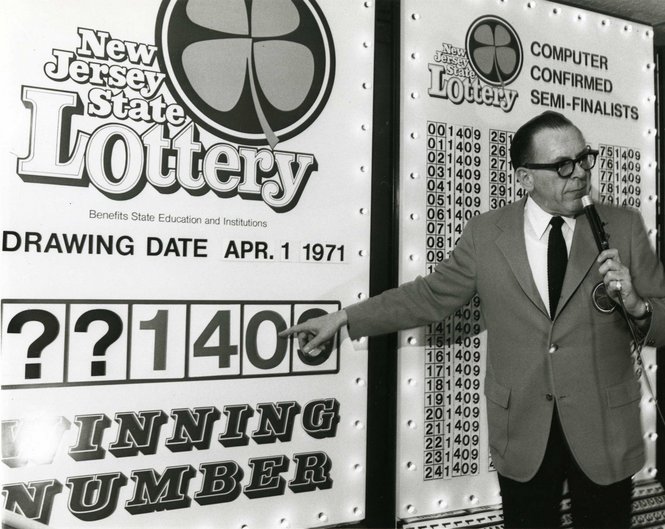 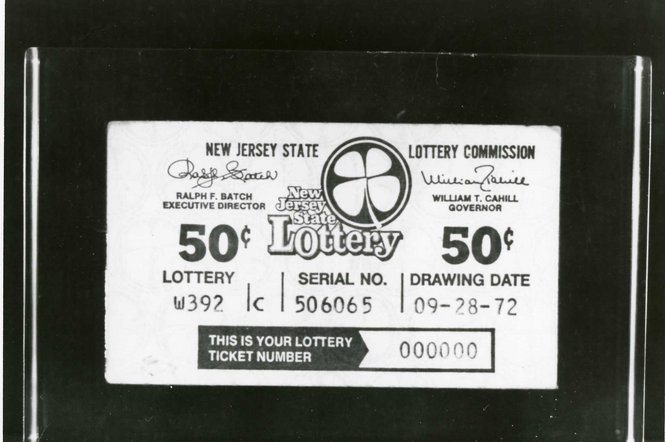 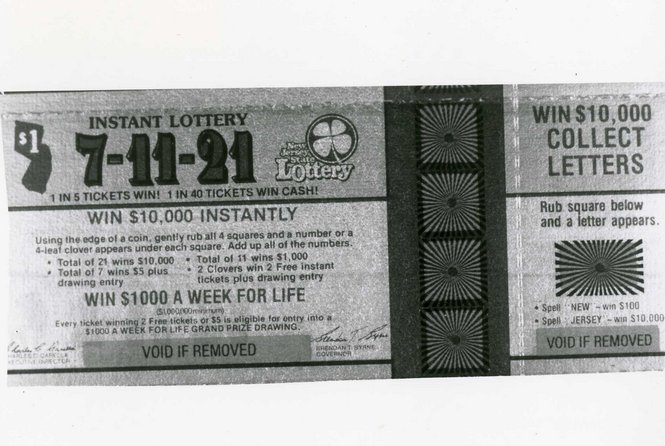 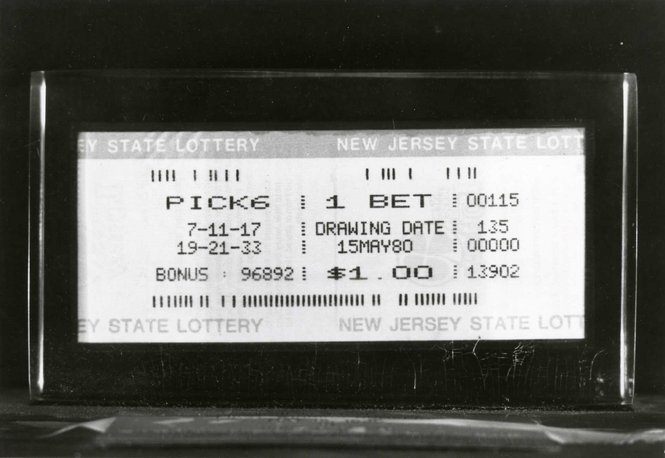 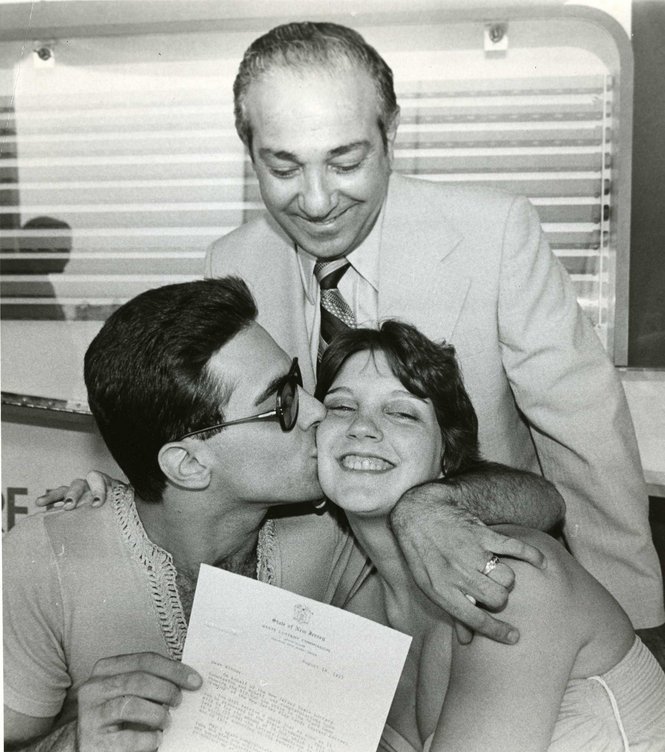 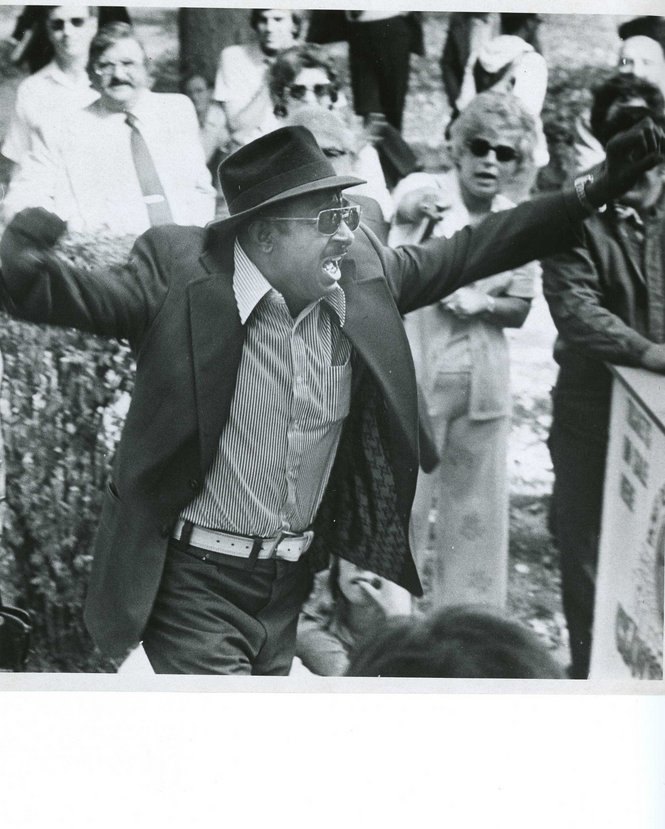 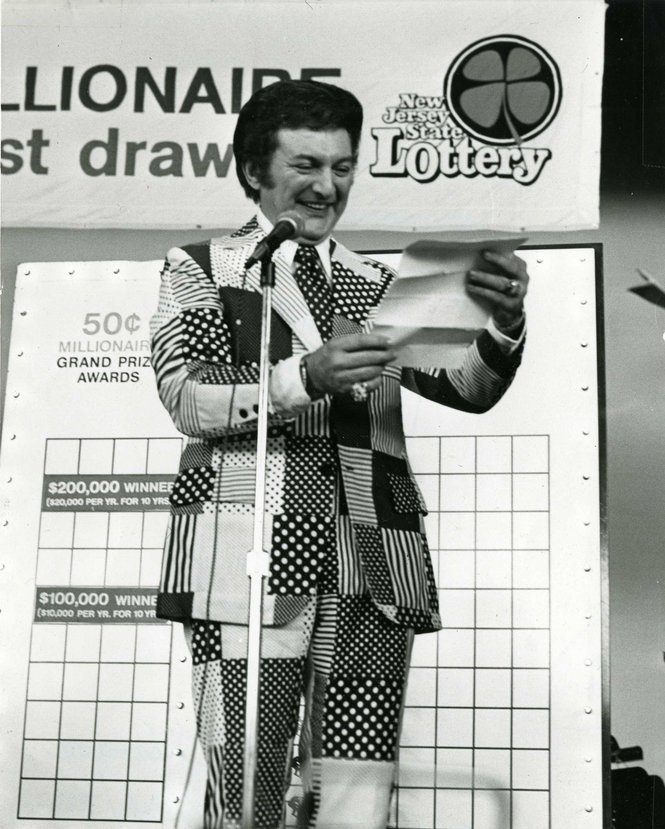 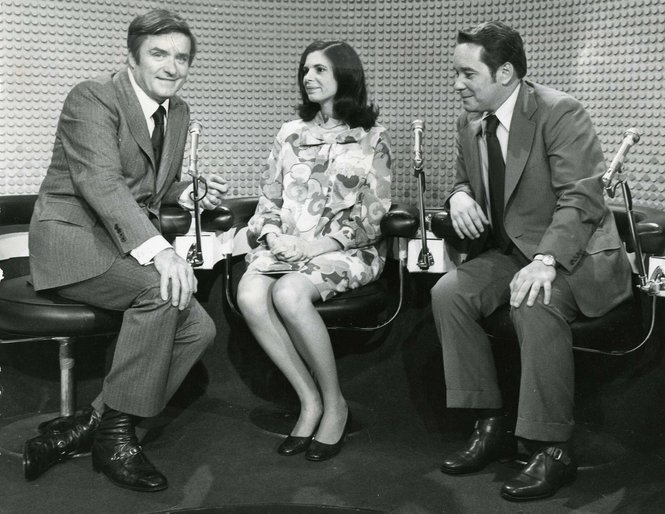 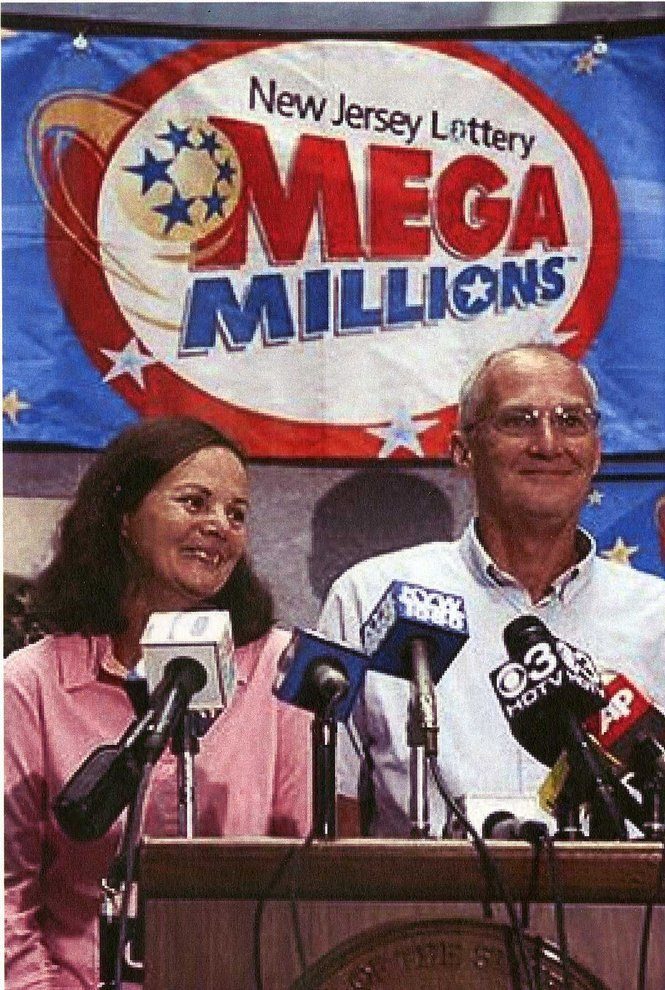 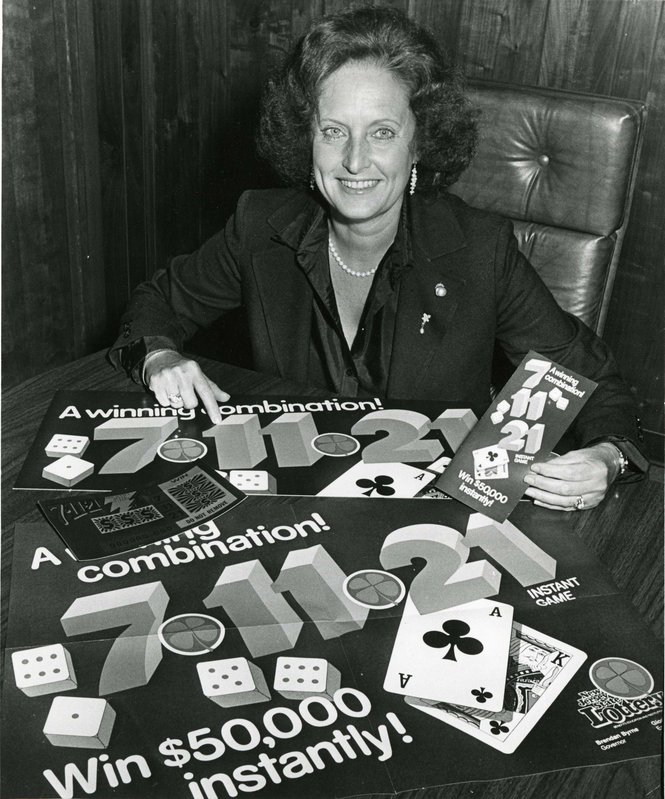