Powerball is on a roll.

Wednesday's annuity jackpot got to be gigantic — $252 million — by leaving the main rival in the dust.

Both grew for 11 drawings, but the top prize in Mega Millions rose only to $143 million Tuesday night.

When states began selling both lotteries on Jan. 31, observers wondered how they'd fare head to head.

The verdict seems to be in.

In Pennsylvania, a Powerball state for years, the game has maintained its dominance, outselling at a 4-1 rate since cross-selling began, according to state lottery spokeswoman Kirstin Alvanitakis.

In New Jersey, where Mega Millions long reigned, Powerball has made rapid gains, achieving more than 40 percent of sales in March and February, according to state lottery spokesman Dominic DeMarco.

Count the proceeds from Powerball's Power Play — an extra $1 buys a shot to multiply non-jackpot wins — and the cut is 44 percent.

Powerball's last jackpot — $106 million cash — was even won in Jersey, at a deli north of Newark.

Forget about odds or jackpot reputations.

The chances of winning Mega Millions' top prize with a single ticket are infinitesimal: 1 in about 176 million. But Powerball's are worse: 1 in 195 million.

The biggest payout in U.S. history — not counting government bailouts — was the $390 million Mega Millions jackpot hit in March 2007 by two winners, including a Cape May County couple. Each lottery has had four jackpots top $300 million.

Moreover, in actual cash, those Mega Millions jackpots were better deals. The biggest Powerball prize ever, billed as a $356 million annuity, netted a lump sum of $177 million, before taxes, for a set of Nebraska coworkers in 2006. That's about half the annuity amount. The record Mega Millions prize paid $232 million cash — about three-fifths of the annuity.

Basically, Powerball has more of a gap because its annual payouts gradually increase and last for 29 years, compared to Mega Millions' fixed payments for 26 years, Alvanitakis explained.

Pennsylvania directs its proceeds, after expenses, to services for the elderly. New Jersey puts most of its lottery revenue toward higher education.

This delayed payout works to Powerball's advantage, though, because the annuities get the large type and the bigger hype, said business professor Scott Testa of Cabrini College in Radnor.

But a head start doesn't explain all of the momentum.

Has to be some additional appeal.

One clear edge is the Power Play. Every Powerball jurisdiction has this multiplier option, including all 37 states that now also sell Mega Millions. But players in 10 highly populated double-sales states — including New Jersey and New York — have no such option. They declined to retool and add a similar, Texas-innovated selection called the Megaplier.

While Power Play proceeds don't directly fuel jackpots — they go toward their extra payouts, Alvanitakis said — many multiplier fans have no choice but to favor Powerball.

In addition, a Power Play ticket automatically awards $1 million to anyone who matches all the numbers but the Power Ball. The number drawn as the multiplier doesn't matter. The Megaplier can award $1 million only when it comes up 4.

But Testa suspects the best explanation for Powerball's apparent preeminence is much simpler:

"It's a better name. It has better brand recognition. More people recognize what it is," the professor said.

So just as people go into stores and ask for Kleenex or Windex when other brands will do, lottery players tend to think and say Powerball, he said.

"The name Powerball seems to resonate better with lottery players."

"If you really were thinking logically, you wouldn't gamble, because you know the odds are against you." 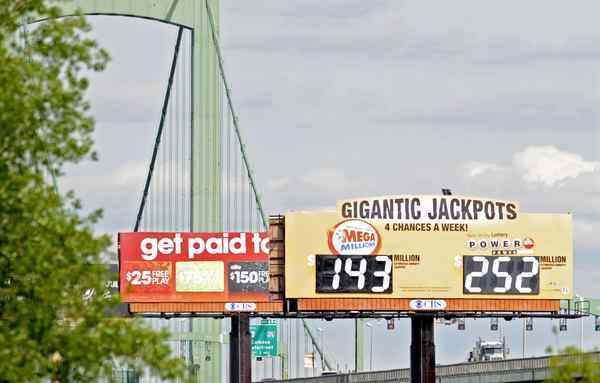