"I don't want to do Uber Eats right now!"

A food delivery driver was sitting in her car between orders when she found out she hit the $250,000 top prize on a scratch-off lottery ticket from the Maryland Lottery.

An Uber Eats driver, who opted to be identified only as "Grateful Mom," regularly plays instant games when waiting between food orders. On one night just like any other, she finally took home a $250,000 top prize.

"Man, I was sitting in my car going crazy!" the mother-of-five grown children told the Lottery. "I checked it with my app and saw it was for $250,000."

The very moment she checked her ticket with the Lottery's mobile app, an Uber Eats notification popped up.

The Odenton resident explained that she normally buys two or three instant tickets in a row and scratches them off in her car while waiting for delivery orders to come in. Her biggest win yet happened when she stopped at the Quick Save Mart on Defense Highway in Annapolis. Before deciding on which tickets to buy, she checked online to see which scratch-off games had more top prizes remaining. That's when the $10 "CASH" game caught her eye.

While this is her largest prize to-date, "Grateful Mom" has had quite a bit of luck with her lottery routine. She's regularly won smaller prizes in the past, one time taking home $1,500. However, she limits how much she spends on the lottery at a time and uses her low-dollar wins from previous scratch-off games to buy her tickets in the future.

According to the lucky winner, she'll use the winnings to pay off bills, put a down payment on a house, and will offer her children some financial support.

The retailer will receive a $1,000 bonus commission for selling the winning ticket. 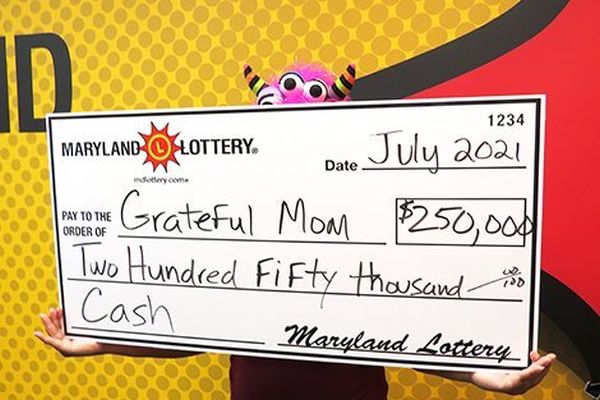