It was worth a second glance

"Always double-check your tickets" is probably what one lucky Michigan man would tell any lottery player after he nearly threw out a winning scratch-off ticket worth $500,000.

A Grand Rapids player thought he held a losing lottery ticket, but a second glance saved him from making a decision that would have cost him $500,000.

The player, who chose to remain anonymous, stopped at the Meijer gas station on Wilson Avenue Northwest in Grand Rapids, and the Michigan Lottery's "$500,000 Jumbo Cash" game caught his eye.

"I like to play the new instant games each month, so I bought a few of the $500,000 Jumbo Cash tickets," the 74-year-old player explained.

Having never experienced luck of this magnitude before, he almost tossed the tickets in the bin thinking they weren't worth anything.

"I scratched the ticket off and thought it was a loser," the lucky winner recalled. "I looked it over one more time before throwing it away and realized I'd matched the seven. When I revealed the amount, I though, 'This can't be. This kind of luck never happens to me.'"

He visited Lottery headquarters in Lansing to claim his prize, which he will use to pay off debt and purchase a new home, according to a press release. 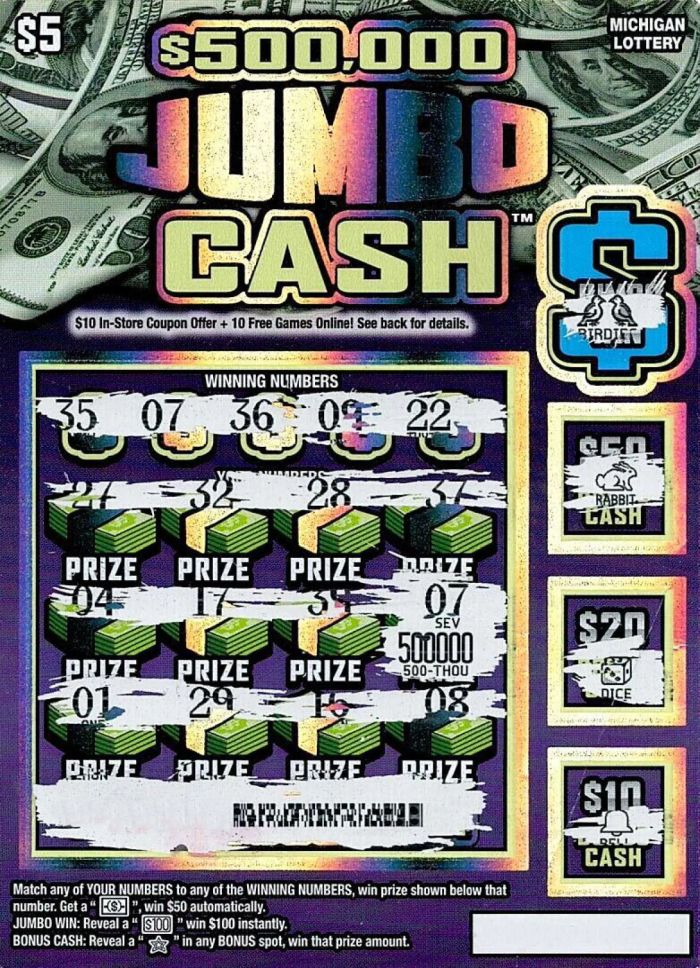 Buy official Lucky for Life tickets from the Michigan Lottery