N.C. man bets big on Pick 4 and reaps the rewards

James Swimpson of Elizabeth City, North Carolina, stopped at Love's Travel Stop in Skippers, Virginia, about a two-hour drive from home, and decided to play the Lottery's Pick 4 game. Whether it was pure instinct or a voice in his head, he must have had a good feeling about his numbers — he bought 20 identical tickets for the same drawing.

As if beating the 1 in 10,000 odds of matching all four numbers in exact order wasn't sweet enough, holding 20 tickets with that same four-number combination brought his total winnings to $100,000.

According to a press release, Swimpson remarked that he had used those same numbers "several years ago" and won a small prize with them, so he figured he would try them out again.

As of now, the retiree has no immediate plans to use the winnings, but he said he will use the sum to pay off outstanding bills.

Virginia Lottery players feeling as lucky as Swimpson can enter Pick 4 drawings for $1 a play. Daily drawings take place at 1:59 pm and 11:00 pm. 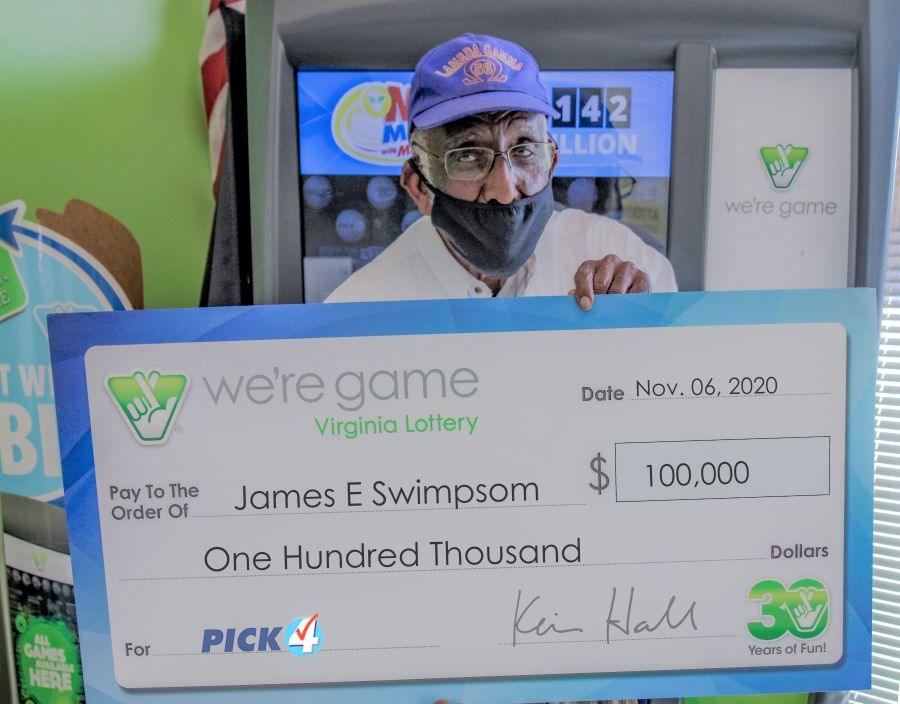