An unintentional purchase turned out to be a happy accident

A player from Alberta, Canada, accidentally purchased two Lotto 6/49 tickets that had the same exact numbers, but he's not sweating the trivial amount he spent on that extra ticket. Instead, he won the entire $5 million (US$3.8 million) jackpot, split into an identical pair of $2.5 million (US$1.9 million) jackpots.

Andrew Burke of Calmar mistakenly bought two matching lottery tickets for the Wed., Sept. 16 Lotto 6/49 draw when he visited the Fas Gas Plus gas station in Calmar on 50 Avenue. A regular at the store, he went back to check his numbers for that drawing. The clerk behind the counter was thrilled to be the first to break the news to him.

"The owner walked in and said, 'what have you done Andy, have you broken my machine?'" Burke recalled the store owner joking. "The clerk then told me 'you've won $2.5 million' – and I said she better check that other ticket because it's the same numbers!"

"The first line is always birthdays — just like everyone else in the world," he said as he explained his system to the Western Canada Lottery. "The others are just what I call 'hmm' numbers," which are named after the sound he makes when he's deciding on which ones to pick. According to Burke, he'll play those same 'hmm numbers' until he either loses or goes through his last selection slip. Then, he'll choose new ones.

Those 'hmm numbers' worked out just fine for him, which, to his surprise, matched the drawn numbers on both of his tickets to earn him two shares of the same jackpot.

Unlike other lottery winners, Burke said that he plans on retiring from playing the lottery now that he checked the big win off his bucket list.

"At $5 million, I think I'll give someone else a chance," he laughed. "All I wanted out of the lottery was to be able to retire comfortably, keep up on the house, and have my Land Rover restored. I don't need anything else. I have everything I need."

He also mentioned that a trip back home to the United Kingdom may be on the horizon once travel conditions are safer. For the time being, he's "on vacation" from his job, perhaps permanently.

Burke's "double-win" gave him much to smile about during some tough times. He recalled a particularly amusing moment he shared with his father-in-law.

"On our wedding day, my father in-law said, 'I always wanted my daughter to marry a millionaire, but I got the next best thing — someone who spends money like a millionaire.' Well, now..." he jokingly trailed off as he claimed his two identical prizes. 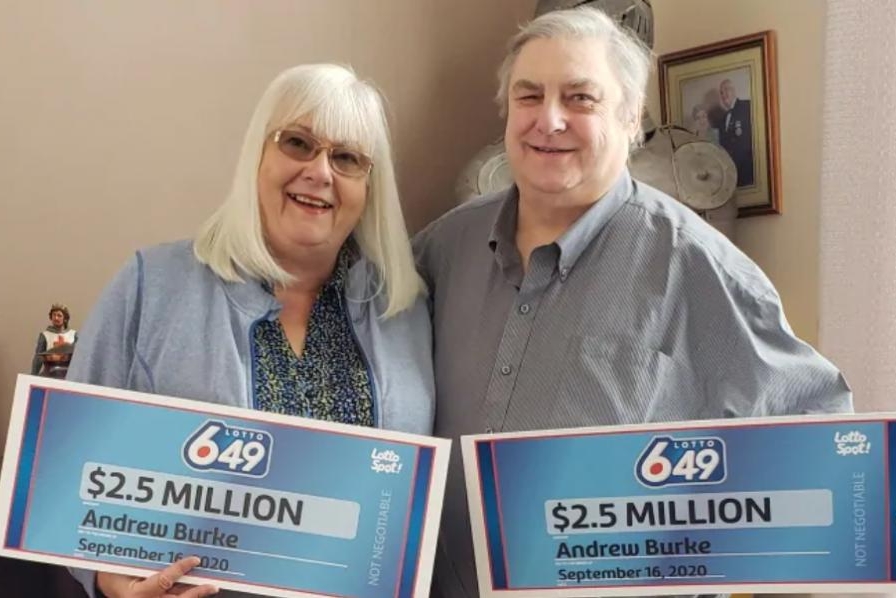