After it was announced that a lone winner from Arizona won big over a week ago, a couple from a residential area in Phoenix came forward on Thursday to claim the $410 million Mega Millions jackpot prize. It's the largest payout to any Arizona Lottery player ever and the 11th largest Mega Millions jackpot in history.

The Glendale husband and wife, 70 and 63 years-old respectively, matched all six numbers, 1, 5, 9, 10, and 23, along with the Mega Ball number 22, for the June 9 drawing. They chose to take the cash option over annual payments, which meant they took home a staggering $228 million after taxes.

The couple elected to remain anonymous as permitted by the state of Arizona. Recent legislation passed last August allows winners of jackpots of $100,000 or more request that their names not be made public. Before, state law had allowed winners to remain anonymous for only 90 days. The new measure to grant total anonymity aims to protect lottery winners from potential harassment or worse should their names become public.

The winners did reveal a few details about their big win, despite keeping their identities a secret. One such detail was that they had picked their numbers based on family birthdays.

"My birthday is next month, and my left hand had been itching for two weeks, which meant money was coming my way," the wife said. "I also found a shiny new heads-up penny just before I bought our tickets, so I just knew I'd be lucky."

After faithfully playing the lottery for 38 years, their luck finally turned up.

"Of my God, oh my God, oh my God!" she exclaimed after discovering she won. She ran through the house to give her husband the unbelievable news, who is still in shock at instantly winning such an absurdly large amount of money.

"It's an amazing feeling, and this is proof that you can't win if you don't play," he remarked. "I feel lighter now, and it's incredible to know that there will never be another bill I can't pay."

Their newfound fortune will pay off their mortgage and support their children and grandchildren. They also plan to invest some of the money.

According to the Arizona Lottery, the lone winning ticket for the $410 million jackpot was sold at the Circle K at 67th Avenue and Beardsley Road in Glendale. The convenience store will receive a $50,000 commission for selling the ticket, which it plans to donate to United Cerebral Palsy of Central Arizona.

After jackpot was hit in Arizona, the Mega Millions annuity jackpot estimate was reset to its new starting point of $20 million — down from the previous starting point of $40 million, due to the effects of the coronavirus pandemic.

The next Mega Millions drawing will be held Friday night, featuring a jackpot of $26 million. 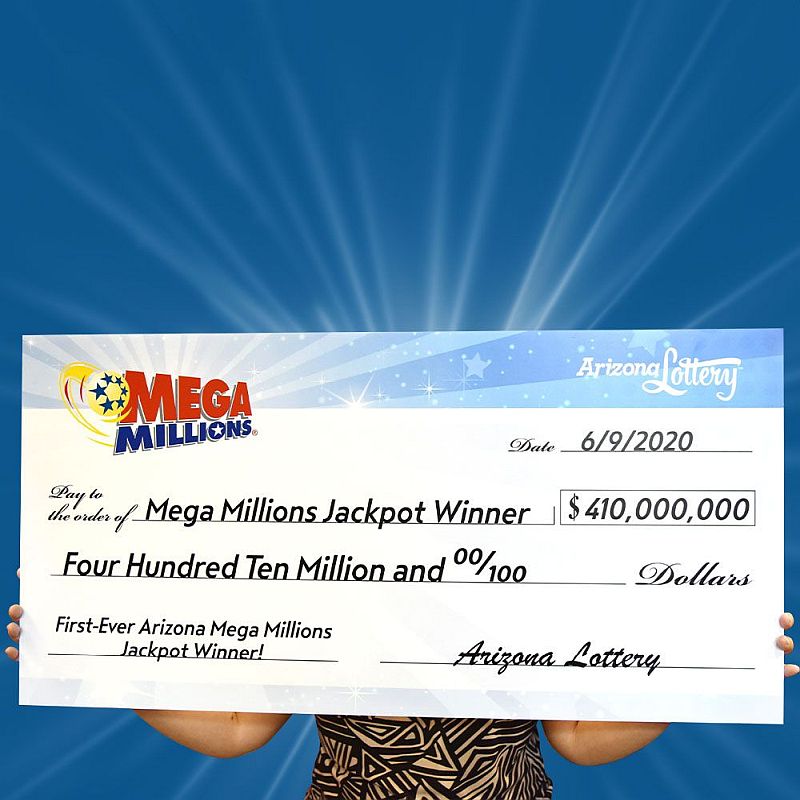 Winner of $1.5B lottery jackpot donates some winnings to Alabama tornado victimsMar 18, 2019