A 22-year-old grocery store employee just won the biggest jackpot in Quebec's history after he purchased a ticket from the store where he works.

Friday was a life-changing day for the lottery jackpot winner, 22-year-old Gregory Mathieu, as well as seven members of his family, who received a check for $70 million (US$52.3 million) from the Québec Lottery.

Smiling as blue and white confetti filled the air, they collected their prize Friday morning at Loto-Quebec's office in Quebec City.

Mathieu, who worked at an IGA grocery store in Lévis, a suburb of Quebec City, held the winning ticket for the record draw this past Tuesday.

Mathieu validated the ticket after arriving at work Wednesday morning. He was crying and shaking, one of his co-workers said, adding that his father had to come pick him up because he wasn't in a state to drive home.

"When there was nobody at the register I told her, the cashier, to check the ticket and she checked it and I couldn't believe my eyes," he said. "And I still can't believe it."

Mathieu said the first call he made was to his family.

The family has some plans for the jackpot already — such as travelling and buying new cars — but have yet to figure out they will do with their massive winnings.

"We are a very close-knit family and I am thrilled that we are able to experience this life-changing moment together," Mathieu's mother, Sandra Julien, said Friday.

Mathieu said the top of his wishlist is a new car: His is breaking down and currently under a pile of snow in the IGA parking lot because he was too excited to drive.

The IGA Extra, where he bought the ticket, will receive a $700,000 commission — one percent of the prize — for selling the winning ticket.

The extravagant award is the biggest jackpot ever won in Quebec and comes during Loto-Quebec's 50th anniversary celebrations.

"Loto-Québec celebrates its 50th Anniversary this year," Corporate Director of Public Affairs at Loto-Québec Patrice Lavoie said. "We are thrilled to, at the same time, give our biggest jackpot yet."

Lavoie and other Loto-Québec officials gave Mathieu advice on what he should consider doing before sharing cash with others. "If you like your job, you don't need to retire yet," Lavoie will say. "And be careful what you post on social media."

This is the second time in less than two months that a $70 million jackpot was at stake. The last draw was won on Jan. 7 in Ontario.

During this last draw, eight additional $1 million prizes were also won in Quebec, Ontario, the Prairies and Atlantic Canada. 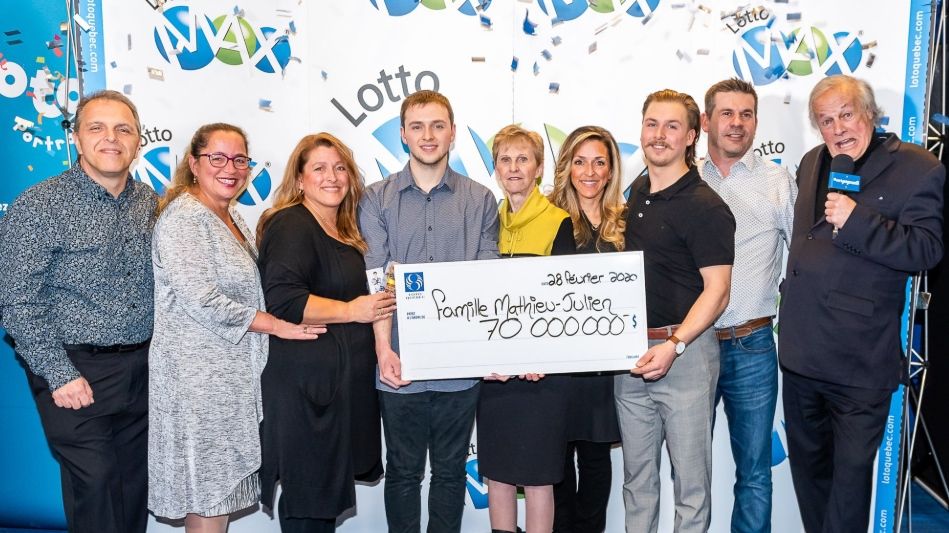