Oregon Lottery will lose money on sports betting this year

"Lottery will have a loss of $5.3 [million] from the program for the first nine months of FY '20," Pack said in a memo prepared for that meeting.

Prior to launching Scoreboard last October, lottery officials presented lawmakers with projections showing the agency expected sports to be profitable in its first year — making $6.3 million — and pick up speed after that.

Those projections can be found in the table below.

At the Lottery Commission's January meeting, agency officials warned commissioners that results were not as good as expected.

This month, Pack put firm numbers on that downward revision, leaving the agency's sports-betting business $11.5 million short of where the lottery had once hoped to finish the year.

Lottery spokesman Matt Shelby attributes the shortfall to a variety of issues.

"We launched a new game (sports) and a new sales channel (mobile) this year, and we knew we would have significant up-front investment," Shelby says in an email. "We also captured all expenses related to launching the game, including indirect ones. Some of those indirect expenses were already represented in other budget areas, and it was a matter of moving them into the sports column."

The lottery put a big emphasis on Scoreboard, its first new major initiative in more than a decade. The agency hoped to use sports betting to attract new gamblers as its existing clientele ages out. The agency's zeal to enter the new arena involved a hurried contracting process and has at times resulted in pushback from legislators.

Last year, legislative leaders attempted quell some of the unhappiness about sports betting by allocating the profits from the new endeavor to helping pay down the state's $25 billion unfunded pension liability — but for now, at least, there are no profits to allocate.

Lottery officials have been working on that, Shelby notes, by seeking legislative approval to make Scoreboard more attractive by including betting on college games as an option. The answer from the Capitol: no dice.

"The ability to offer collegiate wagering would speed our progress towards profitability — increasing revenue with very little additional expense," Shelby says. "But there doesn't seem to be much appetite for that in the Legislature." 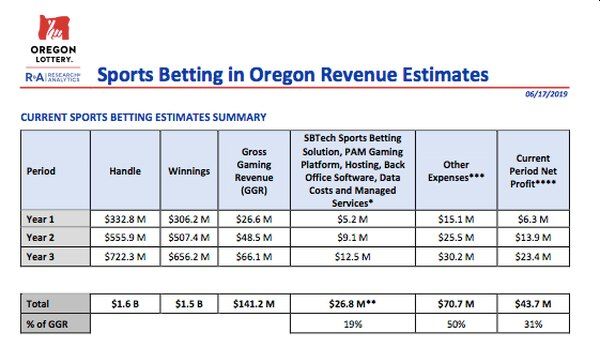 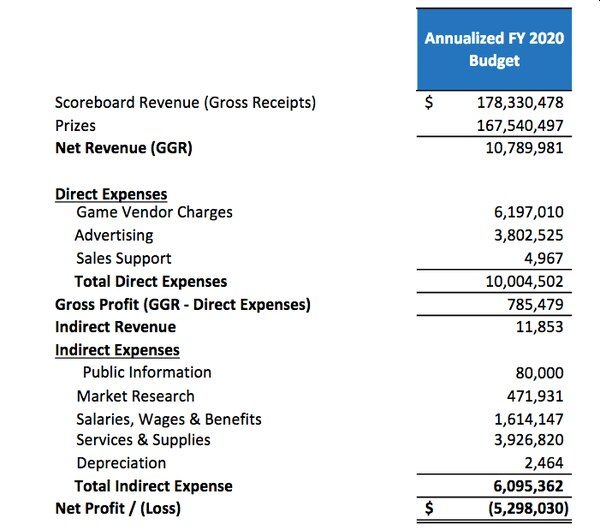 Wildfires cause shutdown of some Oregon Lottery gamesSep 23, 2020

State of Oregon forcing retailers to pay taxes on video lottery machines that are shut downApr 30, 2020

The Oregon Lottery is moving aggressively toward mobile phone bettingJun 14, 2018