A UK builder named as the winner of the £105 million (US$138 million) EuroMillions jackpot has pledged not to stop working despite landing the "life-changing" fortune.

Father-of-three Steve Thomson said he felt like he was having a heart attack he realized he had the winning numbers on his Lucky Dip ticket and was a "gibbering wreck" as he told wife Lenka. A Lucky Dip ticket is one in which the computer selects all random numbers instead of the player choosing the numbers to play.

The 42-year-old said his priority would be buying a new house with a bedroom each for the couple's daughter and two sons, who currently share in a "shoebox" three-bedroom house in Selsey, West Sussex.

Their £105,100,701.90 windfall came on the 25th anniversary of the first National Lottery draw, and marks just the latest instance of UK residents getting lucky in the European lottery.

"I was a shaking, gibbering wreck," Steve explained. "I walked round the living room a few times, I went out to the van, I went back in, it was five minutes of madness then I decided to go and tell Lenka."

Ms. Thomson, a shop worker originally from Slovakia, added, "It's life-changing for the family. It's so emotional."

The family now plans to take a vacation but said they would to stay in the seaside town where they have built their life.

Describing the moment he told his children about the win, Mr. Thomson said, "My eldest's reaction, he's a very sensible kid, he said, 'Dad, can I have my own room?'. I said, 'No problem, of course you can son'.

"My middle son said, 'Can I have a Tesla', and my daughter asked for a pink iPhone and she's going to get that."

Mr. Thomson vowed to complete all of his outstanding construction work — and would likely continue to fit windows and conservatories into the future.

"Once I am over the shock I will need to keep doing something", he said, "I am not the type just to sit still. My business partner knows that if he needs a hand I'll be there."

Neighbor Yvonne Dennett said Mr. Thompson had fitted her windows in the past, with the 75-year-old adding, "He's a kind, good lad, I'm happy for them. I would recommend him as a builder, he's a trustworthy person. I hope he keeps working, we need something to keep going in life."

The couple who run the small shop that sold the winning ticket said it was "mind-boggling" to know they were part of Mr. Thompson's story.

Kandarp Patel, 58, who runs the shop with his wife Priti said the stroke of luck "could not have happened to a better couple". 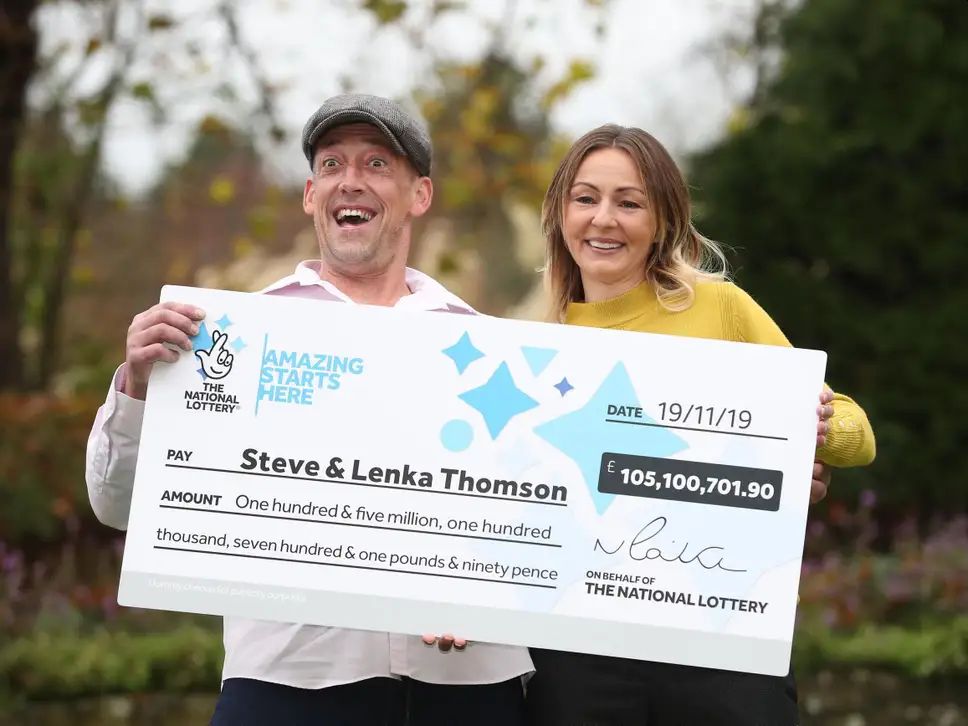