A woman was overjoyed after winning a $20,000 lottery prize Tuesday afternoon, but her celebratory mood soured a couple hours later after she and her son were arrested on drug charges, according to the Volusia County Sheriff's Office.

Migdalia Cruz, 59, and Luis Correa, 39, were arrested on heroin-related charges while Correa's girlfriend, Dana LaFlamme, 34, was arrested on a probation violation.

The Volusia County Sheriff's Office showed up at Cruz's home on Howland Boulevard in Deltona with a search warrant and found Cruz and Correa standing outside, deputies said. Cruz, according to an arrest report, was holding a box that contained three bags of drugs, which tested positive for heroin and fentanyl.

LaFlamme was inside the house when deputies arrived.

The house is located within 1,000 feet of a school, so Cruz and Correa were charged accordingly, according to the Sheriff's Office.

Cruz told the Sheriff's Office she had just returned from Orlando where she and her son had claimed a $20,000 prize for a winning scratch-off ticket, deputies said.

Correa was held on $36,000 bail while Cruz was released after posting $5,000 bail. LaFlamme, who was charged with an additional count of habitual driving with a suspended license, was held without bail. Deputies said they had staked out the home before moving in and had seen LaFlamme pull into the driveway in a brown Mazda. 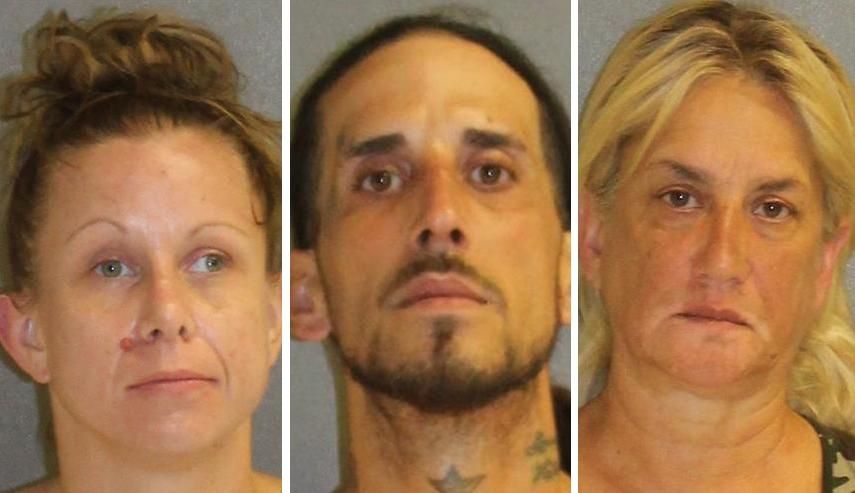 Florida Lottery winner of $1M among suspects rounded up in major drug bustMay 20, 2019