Bobbi Segel said she can still remember the feeling she had scratching off the winning lottery ticket.

"According to my children, I sounded like a teenager in high school squealing at her prom date," Segel said.

Segel said she was hoping to use $1,000 she won on an upcoming family trip she had already planned.

"I thought, 'Woo hoo! Vacation! Party! Key West," Segel said. "That was all that was going through my mind at the time of winning that lottery."

She also considered using the rest to help pay for repairs around her Kissimmee home that suffered some damage during Hurricane Irma.

"I couldn't get help from anybody to get it fixed," Segel said. "So, I need money."

When she went to the Florida Lottery District Office in Orlando to cash her winning ticket, she got denied and was told the state had intercepted all her winnings — all because she reportedly owed more than $1,700 from almost 30 years ago.

A closer look at the letter sent from the Florida Department of Children and Families shows it was a mistake. The state agency acknowledges it happened back in the 1990s.

Segel said when she called the state agency to explain the amount owed, she was told it was for welfare payments for one of her children.

Segel said when she asked the state agency for more proof — the agency sent her this faded paperwork from the 1990s. It showed the Department of Health and Rehab Services did indeed make an error and overpaid on her daughter's child support case using family grant money.

"I said, 'Do you have a check? Do you have anything that shows I cashed a welfare check?
A State of Florida welfare check?'" Segel said, describing the conversation she had with a Florida Department of Children and Families representative. "She said, 'No, we just have the letter showing that we distributed your distribution for $303 per month."

It turns out even though it was the state agency's mistake, Segel was on the hook for the $1,782 the state overpaid. The state sent Segel a letter they claimed they sent her back in 1992, to a Tampa P.O. Box.

Segel said she never received the letter, but admits her family moved around Florida a lot.

Segel said her ex-husband still owes thousands in back child support for their now adult daughter, and the state is doing little to collect on that.

She just wants to know why the state did not try to contact her about the overpayment, instead of just seizing her winnings.

The only way you will know if you owe any money, is to contact your local tax office or check the state website for child support services.

Parents can get information about child support payments at myfloridacounty.com.

According to the Florida Department of Revenue, so far this year the state has intercepted 474 lottery winning collections totaling $483,211.

Segel said she hopes that her personal story will serve as a warning to others.

"You will lose your money," said Segel. "They don't pay!"

Anyone caught trying to dodge the system and who tries to get someone else to claim their lottery winnings for them could end up in jail. According to the Florida Lottery, Florida Statute 24.118 addresses that issue. It considers the crime a first-degree misdemeanor and you could spend up to a year in state prison if found guilty of the crime.

Florida grandmother says state agency's mistake cost her lottery winningsWhen a Florida grandmother went to the Florida Lottery District Office in Orlando to cash her winning ticket, she got denied and was told the state had intercepted all her winnings — all because she reportedly owed more than $1,700 from almost 30 years ago.PT04M02Shttps://img.youtube.com/vi/S5vDSyyqopY/hqdefault.jpghttps://youtu.be/S5vDSyyqopY2019-07-09T11:43:00-05:00 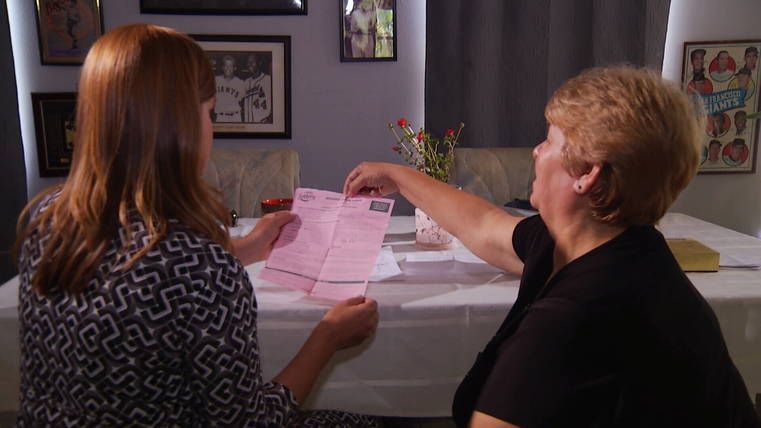