A Connecticut woman is $10,000 richer after winning on a lottery ticket that she said was a tribute to her late son.

Amy Johansson of Branford, Connecticut, said she decided to buy a couple of CT Lottery "$100,000 Cashword 9" scratch tickets on Tuesday.

She said she scratched off the "your letters" box of the ticket and four of the first 18 letters revealed the name "Eric," followed by the word, "love" within the game's puzzle board.

Johansson's son, Eric, passed away at the age of 24. She said seeing his name on the ticket was a sign of something good.

"At first, I thought I won $100 and I was pretty excited. Then I looked at the ticket again and saw a few more words," she said.

After she scanned the ticket in a lottery ticket checker, she learned she had won a prize far larger than her initial thought. She had won $10,000, the game's second highest prize.

Johansson said the prize is a tribute to her son.

"I feel especially blessed to be given the funds to continue to support 'Smile Anyway' in his memory," said Johansson.

She founded the non-profit organization based in Branford as a tribute to Eric.

"It's a nonprofit that is educating and raising awareness on the drug epidemic in our area," she said.

"All of the [prize] will be put to good use, to help provide a structured transitional facility for young adults, to make a difference, and to save lives," she added.

Amy says if she can save another mother from what she went through that would be the biggest jackpot of all.

"Our loved ones are always with us, watching over us," Johansson said. "I can't think of a better way, or a stronger sign of it, then that lottery ticket."

Branford Wine & Spirits in Branford will receive a $100 bonus from the CT lottery from selling the ticket, lottery officials said. 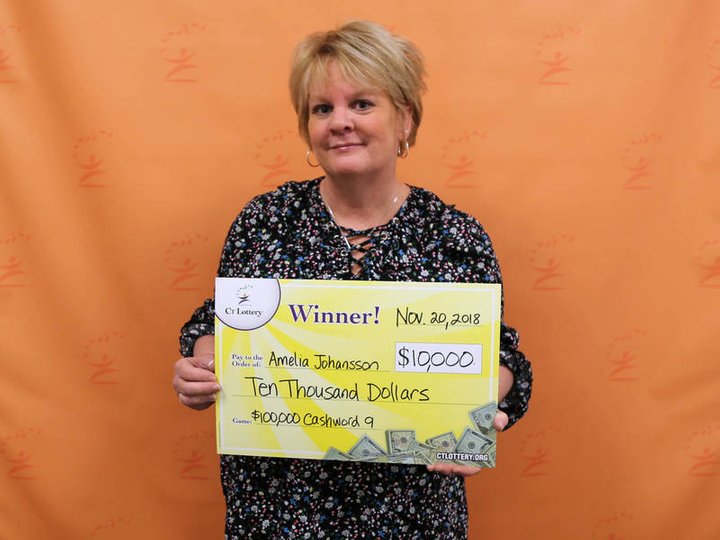