Tayeb Souami was all smiles Friday as New Jersey lottery officials announced that he was the winner of the $315.3 million Powerball jackpot won in May.

"My day has come," the 55-year-old accountant told a crowd during a lottery presentation Friday. "Hopefully one day it will come for you too."

He added that he did work for a food importing company, but has quit his job since winning the jackpot.

The Little Ferry native elected to take the cash payout, meaning he will receive $183.2 million, before taxes.

"This is big. I am very emotional right now. I like the numbers and I always play with those numbers," he said.

Souami said he found out he was the winner on Sunday morning. He had planned to do some work, but realized his car was dirty. On his way to a car wash, he saw a 7-Eleven and stopped in to check his Powerball tickets.

"When I went inside, I scanned the first ticket and it wasn't the winner. The second ticket was good but it the machine said it must be seen by the retailer," he said.

He had bought two tickets while returning a product at the ShopRite.

Souami said he will talk to his financial advisor about what to do with the money, but he did say that one of the first things he will do is take care of his family, especially when it comes to the education of his two children.

The father had jus refinanced his house in order to send his daughter to college, he said. He received the check just a week before winning the prize.

Originally from Africa, Souami came to the United States in 1996. When asked what country he was from, he declined to specify.

He described himself as an intermittent lottery player.

Souami purchased the lone winning lottery ticket — with the winning numbers 3, 6, 9, 17, and 56, with Powerball number 25 for the Saturday, May 19 drawing — at a ShopRite located on South River Street in Hackensack.

To say Souami was just lucky would be an understatement. The odds of winning the May drawing were one in 292.2 million.

Souami's windfall is the fourth largest lottery jackpot won in the state lottery's history. Back in April, Richard Wahl of Vernon won the largest amount of money in the state's history, $533 million after playing Powerball. 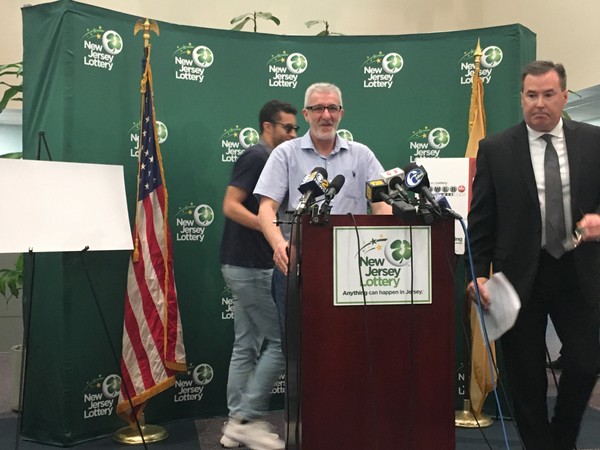