Patrick Rudolph was sitting at home playing online lottery games when he nearly missed that he'd won a huge prize.

"I was playing the game on my computer and almost missed that I'd won," Rudolph said. "After the game finished, a pop-up message told me I'd won big and that's when my heart started racing. I've never felt my heart beat so fast!"

"Playing Lottery games online is entertaining and winning this much is a real game changer for me and my wife. I couldn't be more excited," Rudolph said.

The New Hudson native visited Michigan Lottery headquarters Friday to claim his prize. So far his only plan with the money is to save it and use it wisely.

Michigan is one of a small but growing number of states that allows its residents to play the lottery over the Internet.

Residents of the state can sign up for a free account, and the lottery even offers several codes to try the service for free games and deposit match bonuses, including:

The Michigan Lottery also allows its players to purchase tickets for its lottery games directly online.  The following games are offered:

Michigan's online games have become a popular way for residents to play — and the player winnings are a good indication of that. In the month of March alone, Michigan Lottery online players won nearly $58 million in prizes. 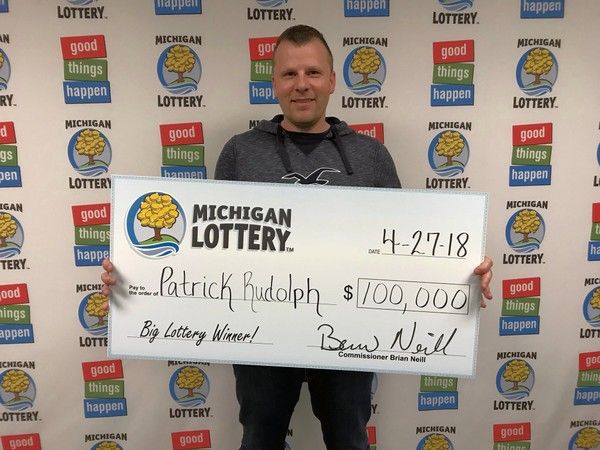 Man finds out he wins $1M after finally answering calls from Michigan LotteryFeb 24, 2017