Woman scratches off three winning lottery tickets in a row

A Kansas woman who bought three scratch-off lottery tickets skipped one because she thought there wouldn't be two winners in a row — but she was wrong.

Wright said she then decided to scratch the middle ticket and was pleasantly surprised to discover it was a $75,000 top prize winner.

"I couldn't believe it when I scratched it off. I checked it myself several times, then took it to the register and had them check it for me as well. Everyone agreed it was a big winner!" she said.

Wright said she rushed across the street to C5 Manufacturing so she could show her husband.

"I literally ran across the highway to see him. It wasn't the safest thing I've ever done, but I just couldn't wait to show him!" Wright said. "It took about 10 minutes for him to realize that the ticket was real and we were big winners! I asked him to hold onto the ticket for me, and then went back to work."

Wright said she plans to use her winnings to pay off her bills and invest in a business. 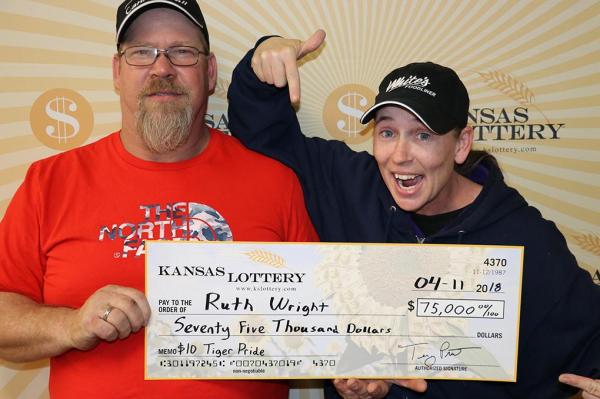