A Michigan woman bought a round for everyone in a Michigan bar after realizing she won a $189,912 prize from the Michigan Lottery.

Mardi Swiss, of Utica, won playing Club Keno The Jack when she matched eight of the 20 Club Keno numbers drawn on Tuesday, April 10.

She bought her winning ticket at Steiny's Tavern, 55161 Shelby Road in Shelby Township, and promptly bought a round for everyone in the bar and picked up the tab for her friend's dinners.

"I was eating dinner with some friends, and we were kind of half-watching the Club Keno drawings," Swiss said.

"We saw The Jack had reset and we were looking at the numbers, but the next drawing started before we could see what all of the numbers were. I took my ticket up to the bartender to be scanned and she told me I had a big winner. I felt like jelly, I was shaking so much."

Swiss' tab ended up being about $100. The 55-year-old visited Lottery headquarters Thursday to claim the big prize. She plans to pay some bills, share with family and friends, and then save the remainder.

"It's so unbelievable to win, it still hasn't sunk in yet," Swiss said.

In 2017, Lottery players won about $423 million playing Club Keno, The Kicker, and The Jack. 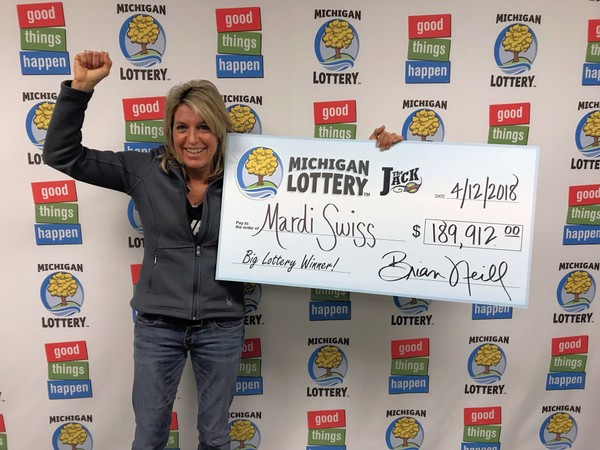