Woody Simmons sat in his car and screamed.

Thankfully, it was for good news — the Maryland man had just realized that he won $10 million in a Virginia lottery scratch-off game.

A week ago, Simmons, who works for the U.S. Postal Service and lives in Hyattsville, stopped at a Woodbridge convenience store where he often shops. He noticed a sign inside about a new lottery game, Extreme Millions.

He bought one ticket.

Sitting in his car, he scratched off the ticket and realized that he had won.

"I just screamed in my car with all the windows up," he told lottery officials.

But Simmons told no one about his big winnings. He kept the ticket in his pocket while he worked at his job, according to lottery officials.

"He didn't tell anyone he won, not even his wife," said John Hagerty, a spokesman for the Virginia Lottery. And when he told his wife, Hagerty said, "she didn't believe it."

On Wednesday, Simmons went back to the store, the Optimax Service Center, and claimed his prize — a check from Virginia Lottery officials. A photo shows him smiling as he holds an oversize check for $10 million.

Simmons opted for the one-time cash option of $6.5 million before taxes. He could have chosen to receive the full $10 million over 30 years, according to lottery officials.

Even with his big winnings, Simmons said he plans to go back to work.

Will he go to Disneyland, travel around the world or buy a new car? Simmons didn't tell lottery officials.

"He said he is looking at his options," said Hagerty, who noted that Simmons had done what officials recommend all big-prize winners do immediately: meet with a financial adviser.

The store received a $50,000 commission for selling the winning ticket.

Virginia Lottery officials said there are three other $10 million tickets in the Extreme Millions game. The chances of winning that top prize are 1 in 2,937,600.

Hagerty said it's unclear whether the other $10 million tickets have been sold or are still sitting in stores. When lottery officials set a closing date for the game, winners of any prize have six months after that date to claim their prizes.

A closing date for Extreme Millions has not been set, lottery officials said. 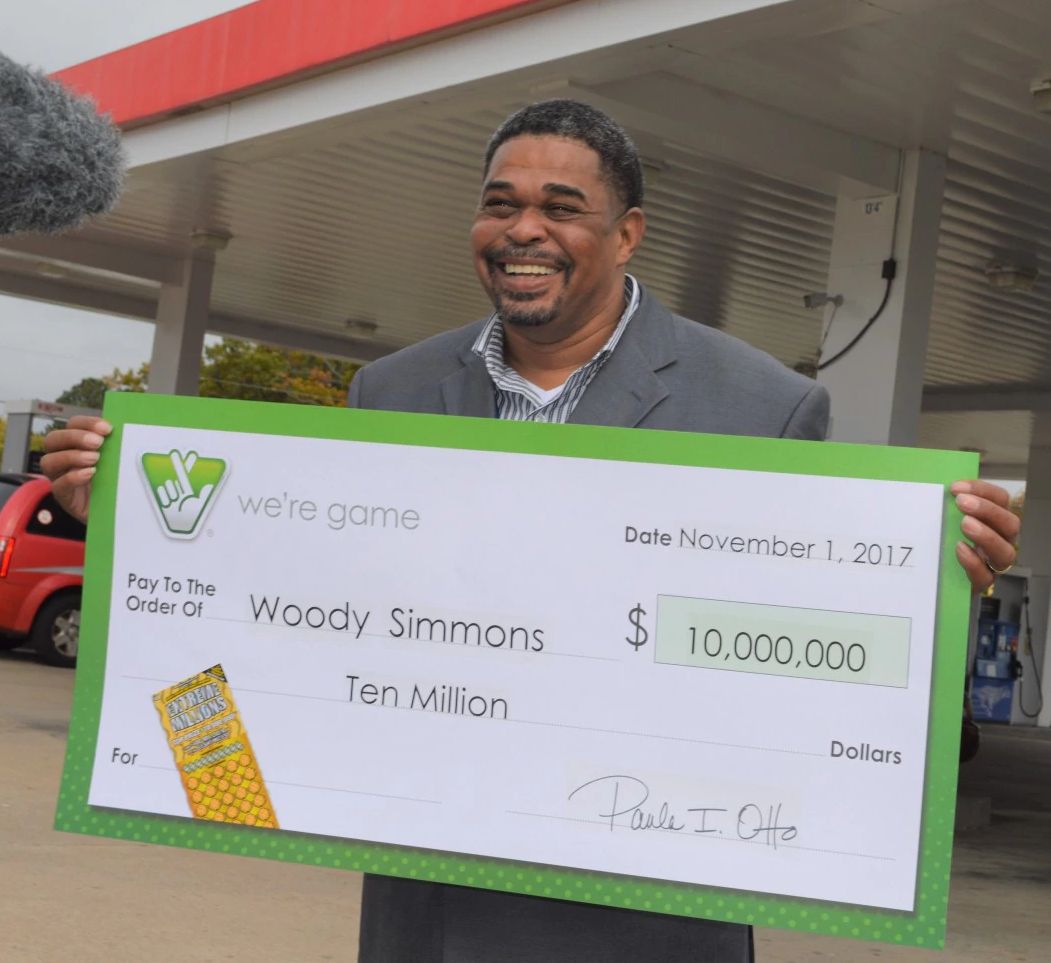