Sometimes persistence does pay off.

Colorado's biggest lottery jackpot winner in state history says she has played the same five numbers in the lottery every week, without fail, for the past 30 years.

On Wednesday, Grand Junction area resident Judy Finchum claimed a $133.2 million Powerball jackpot, won in the Saturday, Sept. 16 drawing, making her the biggest jackpot winner ever in the state, and only the third Colorado player to win a Powerball jackpot.

Judy has played the same set of numbers for 30 years — longer than the Powerball game has been around — and the wait finally paid off, to the tune of $133.2 million.

She held a short press conference on Tuesday at the Lottery's Grand Junction office surrounded by her husband, Mac, and several family members. When asked whether Judy was retired she said, "As of 6 o'clock on Sunday morning, I am!"

The store where she usually buys Powerball tickets from — Lucky Me Super Store — was awarded $50,000 for selling the winning ticket.

Judy and her husband have decided to receive the lump-sum cash option of $66 million after taxes instead of the 29-year annuity payout.

Judy is planning to retire while her husband is looking to use the money to fix or replace his pickup truck.

She and her husband said they've never lived an extravagant lifestyle and have no plans to change that. They want to help people affected by recent hurricanes and fires in the United States, and give back to the local community as well. 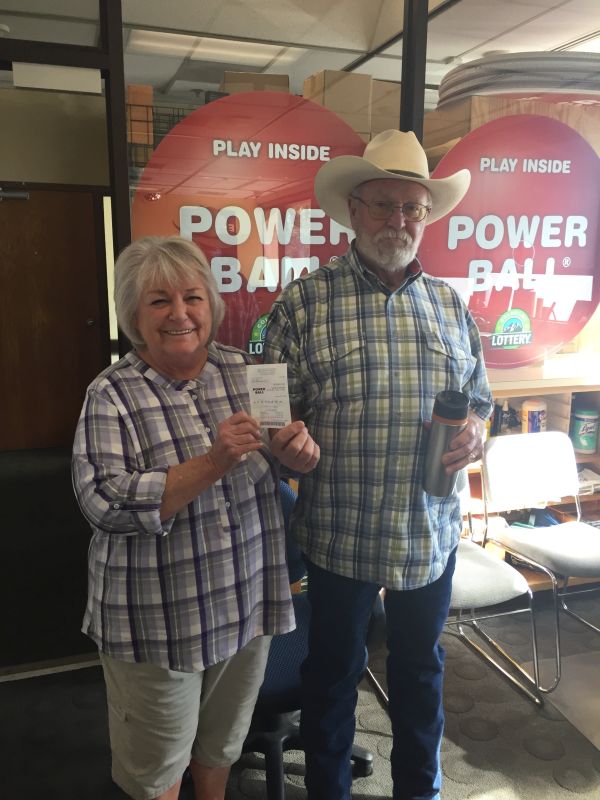