The Cubs haven't clinched a berth in the World Series yet — but one southwest suburban fan has already gotten lucky.

Rick Kempke, 56, was at home watching a Cubs game when he scratched a $300,000,000 Cash Spectacular ticket and won $1 million, according to the Illinois Lottery.

"I can't believe it! I'm a huge Cubs fan and now that I won the lottery, I might buy a ticket for tomorrow night's game!" Kempke said.

Kempe, who has lived in Lockport all his life, bought the winning ticket at Speedway at 314 S. State St. in the southwest suburb, according to the lottery. He opted to receive his winnings as a one-time payment of $600,000.

He retired after working 25 years for the Environmental Protection Agency in Willowbrook, and in addition to a Cubs playoff ticket, he plans to buy a new car and a house. 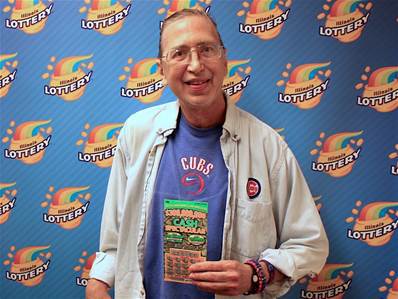