A pair of Colorado siblings won a collective $250,000 when they played the same lottery numbers in the same Powerball drawing.

Thinh D. of Denver told Colorado Lottery officials she chose numbers that she felt were lucky and her faith in the numbers inspired her brother, Phu D., to play a near-identical ticket.

The only difference between the two lottery tickets was Thinh chose the Powerplay option, making her jackpot $200,000 to her brother's $50,000.

The siblings said they bought their tickets at different locations Saturday — Thinh bought hers at a Shamrock 99 store, while Phu bought his from King Soopers. 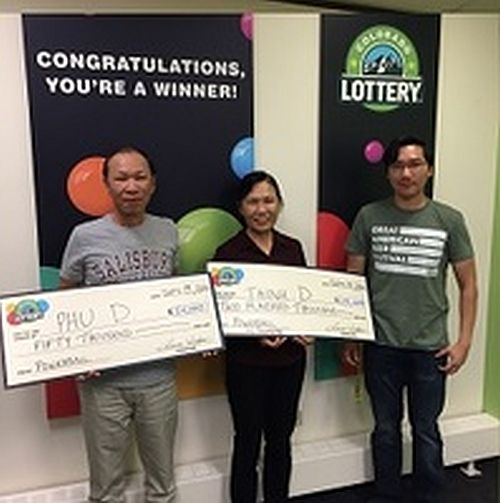