A South Florida musician who helped funnel money from elderly victims of a $500,000 lottery hoax was sentenced Tuesday to three years and five months in federal prison.

Delroy Drummond, aka Top Banga, 26, of Hollywood and Miami Gardens, admitted he worked with allies who contacted seniors all over the U.S. and duped them into believing they had won a lottery prize.

The victims were told they had to pre-pay several thousands of dollars in taxes and fees before their winnings could be turned over to them. Some of that cash was sent, via mail and electronic transfers, to Drummond and he shared that money with his co-conspirators, investigators from the U.S. Postal Inspection Service said.

"I wish that everybody I have hurt can find it in their hearts to forgive me," Drummond told U.S. District Judge William Dimitrouleas Tuesday in federal court in Fort Lauderdale.

Prosecutor Randy Katz told the judge that Drummond was a "financial predator." He said the conspiracy targeted "elderly and infirm" people who received calls that appeared to come from U.S. phone numbers, but are believed to have come from fraudulent telemarketers in Jamaica.

One 83-year-old victim, a retired schoolteacher from Huntington Beach, Calif., wrote a letter to the judge informing him she sent $127,000, in about 97 separate transactions, to sweepstakes frauds, including the one that involved Drummond. She said she obtained three loans from three banks and withdrew money from her investment, trust and checking accounts.

"Before all this happened, I prided myself on being a well-educated and competent woman involved with various organizations, including church, and living a fulfilling life... I still can't forget the pain I caused myself and my loved ones. It hurts!" wrote the woman, whose name was not provided. She said the people who tricked her kept calling her, even at night, after she stopped sending money.

Drummond, who was born in Britain and lived in Jamaica and the U.S., apologized to the judge, the prosecution and all of his victims. He said he had disappointed his family and regretted that he would be imprisoned for the first few years of his unborn child's life.

Drummond pleaded guilty to fraud conspiracy and admitted he was a "runner" for the fraudsters. The judge ordered Drummond to pay more than $420,000 in restitution and he has agreed to turn over more than $23,000 in cash he had.

Drummond's pregnant wife, Elizabeth Gonzalez, attended his sentencing but did not speak. She pleaded guilty to her related role in the same telemarketing lottery fraud two weeks ago.

Gonzalez, 25, also pleaded guilty to wire fraud conspiracy and is free on $100,000 bond. She is expected to face about one year to 18 months in federal prison when she is sentenced in July, authorities said.

Drummond, who has permanent U.S. resident status and has been jailed since his January arrest, is expected to be deported after he serves his prison sentence.

Prosecutors previously used screenshots from videos that Drummond posted online that showed him "lip-syncing to a song and flashing wads of cash" while sitting in a black Mercedes to persuade a judge that he should be locked up after his arrest. 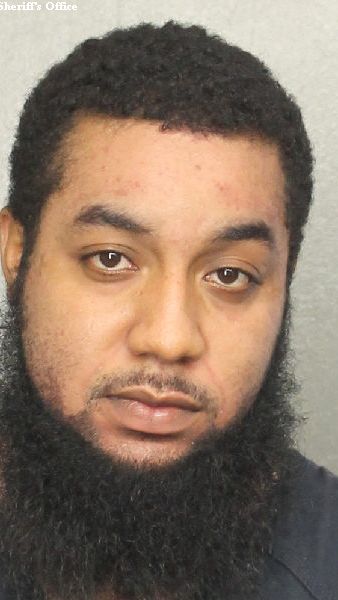 US woman convicted in Jamaican lottery scam to remain jailedDec 5, 2018