The two suspects, identified as Joshua Robinson, 32, of Deptford, New Jersey and Eric Gilch, 28, of Blackwood, New Jersey broke into a home in Upper Pittsgrove back on April 12, according to investigators. The men encountered the family's dogs and started scouring the home until the homeowner noticed the men on surveillance video and began to address the intruders remotely, officials said. Surveillance footage shows the startled burglars fleeing from the home.

The men allegedly stole 10 New Jersey lottery tickets, three of which were $2 winners, as well as a lockbox full of jewelry and personal documents. Police say Robinson redeemed the $6 worth of lottery tickets at a liquor store in Camden about 45 minutes after the burglary, which helped investigators identify him. Police also identified Gilch as an associate of Robinson after analyzing the surveillance video.

As detectives searched for Robinson in Camden they found Gilch walking in the area of Martin Luther King Boulevard and Broadway. After Gilch was arrested for allegedly having outstanding warrants, detectives found numerous pieces of stolen jewelry in his possession, investigators said. The jewelry, which included an inscribed, heirloom wedding band, was stolen during burglaries in Collingswood and Haddon Township, according to investigators. 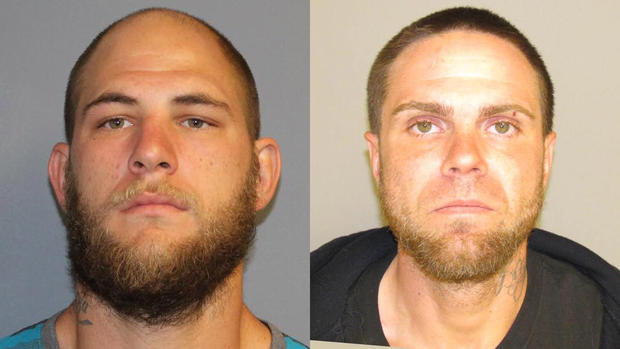