A Medford, Massachusetts, man cashing in a $1,000 scratch ticket won another $1 million after he stopped to buy another ticket in the lobby of the Massachusetts State Lottery's Braintree headquarters.

Chi Chan arrived in Braintree on Wednesday to redeem his $1,000 winner. On his way out Chan bought a $30 ticket at the vending machine inside lottery headquarters.

A short time after, Chan was at the bank when he scratched the ticket and found he had won $1 million.

On Thursday, Chan returned to Braintree to cash in his latest winnings.

The Medford resident opted to receive the prize in a one-time cash payment of $650,000 before taxes.

Chan isn't the only lottery winner in the Boston area to cash in on a large sum of money more than once. In fact, a woman from Lynn won two $1 million prizes over the course of 7 months, said Teja — her first win was in June and her second in January.

"Ultimate Millions," the game Chan won his larger prize on, had only gone on sale a day before he won the $1 million. 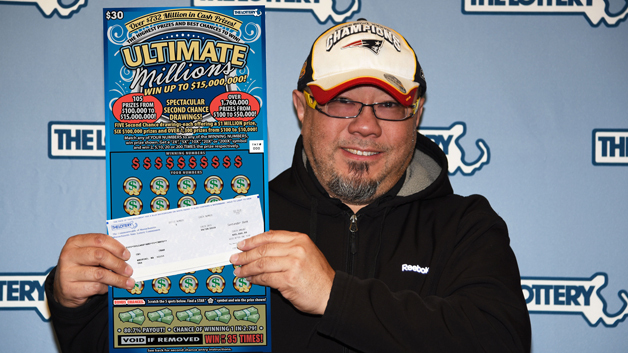