The former Seminole County school teacher who last month lost a big chunk of a $1 million Florida Lottery jackpot to her former boyfriend, who had sued her for failing to share, has filed for bankruptcy.

Lynn Anne Poirier, 62, of Geneva did not list Howard Browning, her former live-in sweetheart, as a creditor in the bankruptcy case, which she filed Saturday in Orlando.

She listed that case as "pending."

But on Feb. 4, a six-member Seminole County jury ordered her to pay Browning $291,000 after concluding the two had a valid but unwritten contract to split any major lottery jackpot.

Browning, 62, so far has collected nothing.

Last week his lawyer, Sean Sheppard, asked Circuit Judge Melanie Chase to tack on more than $150,000, the amount of interest due from when Poirier claimed the jackpot in 2007.

Sheppard said he also intends to ask the judge to make Poirier pay his attorney fees, something he estimated at $200,000.

In her bankruptcy paperwork, Poirier did not spell out how she'd spent her lottery winnings, but during the trial, she testified that after winning, she bought a building in Arkansas and intended to open a restaurant.

Poirier bought the winning lottery ticket in 2007 at an Oviedo gas station. She took a one-time lump sum payout of $750,000, according to court records.

Browning testified that at the time of the drawing, they were sweethearts, that they lived together and that he handed her the $20 to buy the ticket.

Poirier told jurors a very different story. She said they had broken up years earlier, that she had moved out and that she was engaged to someone else at the time — an Arkansas bail bondsman.

She testified that she and Browning just happened to bump into each other at the convenience store that day and that she paid for the ticket herself.

On Monday, Poirier responded to an email from the Orlando Sentinel but did not answer questions about her bankruptcy filing or the lottery case.

Her attorney, Mark Sessums, also did not return a phone call.

Last week, he filed paperwork, asking Chase to let him withdraw from the lottery case, writing that he "can no longer effectively represent" Poirier. He did not elaborate.

In her bankruptcy paperwork, Poirier wrote that she owed Sessums' law firm $45,000.

He was one of her biggest creditors.

The biggest was Navient, a Pennsylvania collection agency for student loans. She owes it $103,000, she wrote.

Her biggest asset, she wrote, was 100 percent of a company "What You Want LLC," which she valued at $110,000. It's not clear what business it is in, but according to state records it was incorporated two days after she collected her lottery winnings.

Poirier worked as a school teacher for more than 35 years, she testified, and worked at South Seminole Middle School. 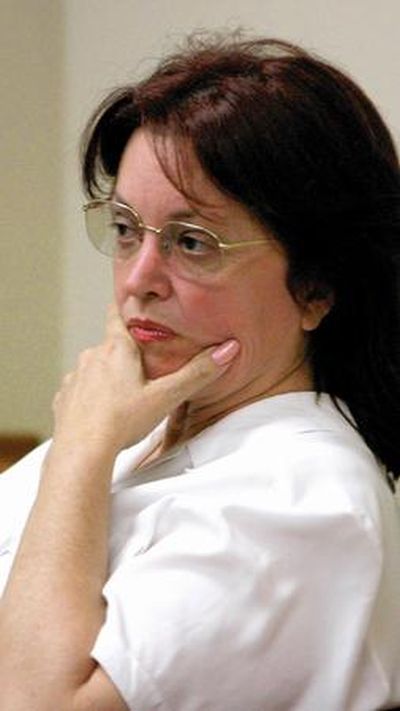 Florida lottery winner back in court for retrialFeb 2, 2016