Maybe all those TV appearances weren't such a great idea

As the Powerball jackpot topped $1 billion, the frenzy grew. It was fun to dream, even if you knew you stood little chance. But often, a winner faces suits by friends, co-workers, even family. Sadly, it has now happened to the winning Robinson family of Munford, Tennessee. Jonathan Lee Riches, also known as Jihadi Schitz, has sued the Multistate Lottery Commission, Powerball and the Robinson family. The suit attempts to halt the payout of their third of the $1.6 billion win, or to recoup Mr. Riches' alleged one-half of the loot.

The lawsuit is homespun and handwritten, hardly legible, much less drafted in the language of lawyers. But the suit is evidently meant to be serious, laying claim to half the winnings. Mr. Riches is the real winner, the home-made lawsuit claims. It goes on to allege that Mr. Riches was incarcerated in a penitentiary for the last several years, during which time Mr. Riches claims he was in frequent written contact with Ms. Tiffany Robinson, the daughter of the putative winners. Mr. Riches claims to have sent Tiffany $20 from his prison trust fund, urging her to give the money to her parents to buy lottery tickets, which the suit alleges they otherwise could not afford.

Mr. Riches goes on to allege that Tiffany was going to "murry him," and that if they won the lottery, they would leave America to live on a remote island full of milk and honey. He is bitter that she and her parents are spending money Mr. Riches claims is half his. His complaint says he is a Muslim and that Tiffany was going to be his Muslim wife.

John and Lisa Robinson and their daughter Tiffany recently appeared on the Today show, noting some plans for the money. They are celebrities in Munford, a town of 6,000 north of Memphis. They want to help friends, give to the St. Jude Children's Research Hospital in Memphis, and donate to their church. Tiffany mentioned paying off student loans and has always wanted a horse.

Mr. Robinson has said he bought the winning ticket at his wife's request. He bought four quick-pick tickets, one for each family member, then gave them to his wife and went to lie down when he got home. She stayed up to watch the Wednesday night drawing, carefully writing down the numbers. The Robinson family is entitled to roughly $533 million if they collect 30 years of payments, or roughly $327 million in a lump sum. The Robinsons' son, Adam, is an electrician, less in the limelight than Tiffany.

But with happiness, can come legal claims and stress, on top of taxes. For remember, lottery winnings are taxed. The IRS takes taxes up to the top 39.6% rate. Yet the tax withholding rate on lottery winnings is only 25%. Some lottery winners can have trouble paying their taxes when they file. Most states will take a nice chunk of the money too.

The taxes on winning tickets are not the only downside. Apart from paying the taxman, what if friends, family or co-workers claim a share of the loot? It happens more often than you might think, often based on an alleged oral agreement. An innocent remark about splitting the winnings might be misinterpreted. Then, you must add the inevitable lawyers' fees for defending against the claims.

Most such cases settle, yet taxes can hit on such legal settlements in surprising ways too. The jackpots do not need to be in the hundreds of millions for winners to be targets. Take the 53-year-old California woman who won $1 million, but faced a lawsuit by the liquor store owner who sold her the winning ticket. Eva Reyes was a winner, but the owner of the liquor Store where she bought the ticket sued her.

The store owner claimed that Ms. Reyes promised to split the money — $350,000 each after taxes — for fronting the money to buy the tickets. Even if you win a lawsuit, you may have to pay the IRS, even on your attorneys' fees paid directly to your lawyer. When people talk of paying tax on money they never see — like money paid to a contingent fee lawyer from a case — it is usually because of the Alternative Minimum Tax.

Not every lottery case involves co-workers or friends. Sometimes the disputes are with family members, which can be even worse. In Dickerson v. Commissioner, an Alabama Waffle House waitress won a $10 million lottery jackpot on a ticket given to her by a customer. The trouble started when she tried to benefit her family and spread the wealth. The Tax Court held she was liable for gift tax when she transferred the winning ticket to a family company of which she owned 49%.

Tax advice before the plan might have avoided the extra tax dollars. Perhaps she shouldn't have assigned her claim in a waffle house. Time and again, winners have trouble paying their taxes and resolving disputes. And sadly, winners are targets for lawsuits. But cheer up, the odds of winning are daunting. 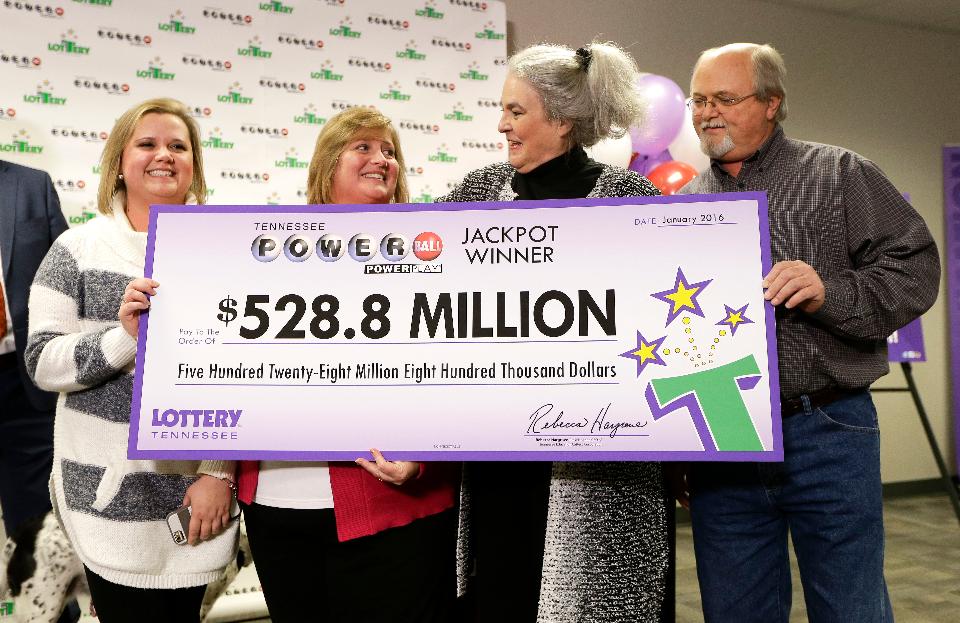