Texas Lottery players will be getting a brand new game to play, starting next week.

On Sunday, Sept. 27, tickets for the new Texas Triple Chance game will go on sale at lottery retailers throughout the state. It is the Texas Lottery's first all-new draw game since All or Nothing was launched on Sept. 9, 2012.

The new game is played like a traditional lotto-style game, in which players choose seven numbers between 1 and 55. But unlike the other Texas Lottery games, there are 10 numbers drawn by the lottery, and players can win by matching any of those 10 numbers to the seven numbers they played.

Each ticket costs $2, but that $2 actually provides three opportunities to win. In addition to the original seven numbers played (either by the player choosing their own numbers or asking for a Quick Pick), the lottery also prints two extra Quick Pick plays on the ticket. Each of the three plays on a ticket is a "chance", hence the name "Triple Chance".

A player can also purchase a multi-draw ticket, in which the same three sets of numbers on the ticket will be entered automatically into up to 12 consecutive drawings.

Texas Triple Chance drawings are held Monday through Saturday at 10:12 pm Central Time. The winning numbers will be published on Lottery Post's Texas Lottery Results page minutes after each drawing.

Like all of the primary Texas Lottery drawings, Texas Triple Play drawings will be conducted using a traditional lotto ball machine.  The public can easily watch the drawings, since the draw studio — with its walls made of glass — is visible from the street.

The first Texas Triple Chance drawing will be on Monday, Sept. 28.

VIDEO: Watch how to play 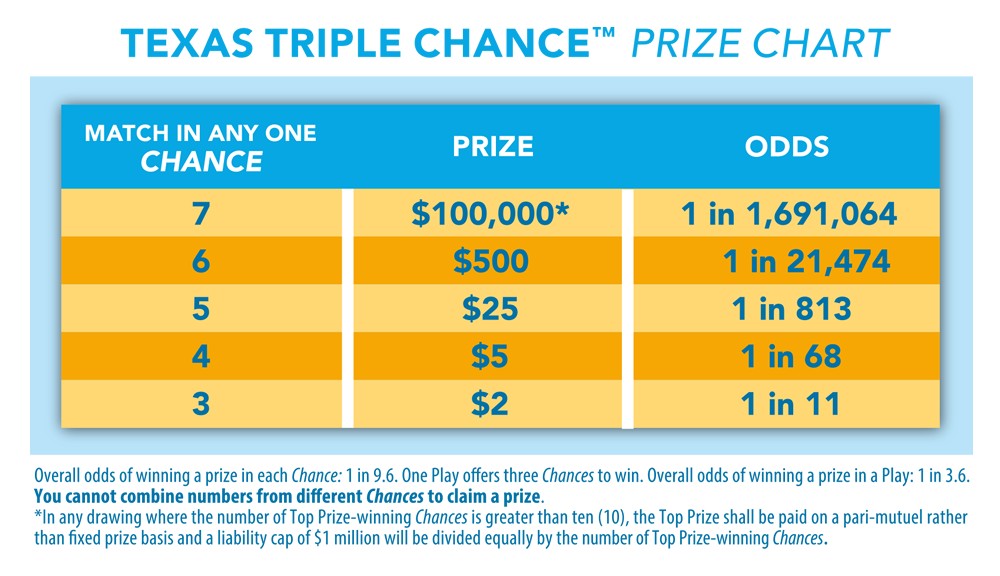 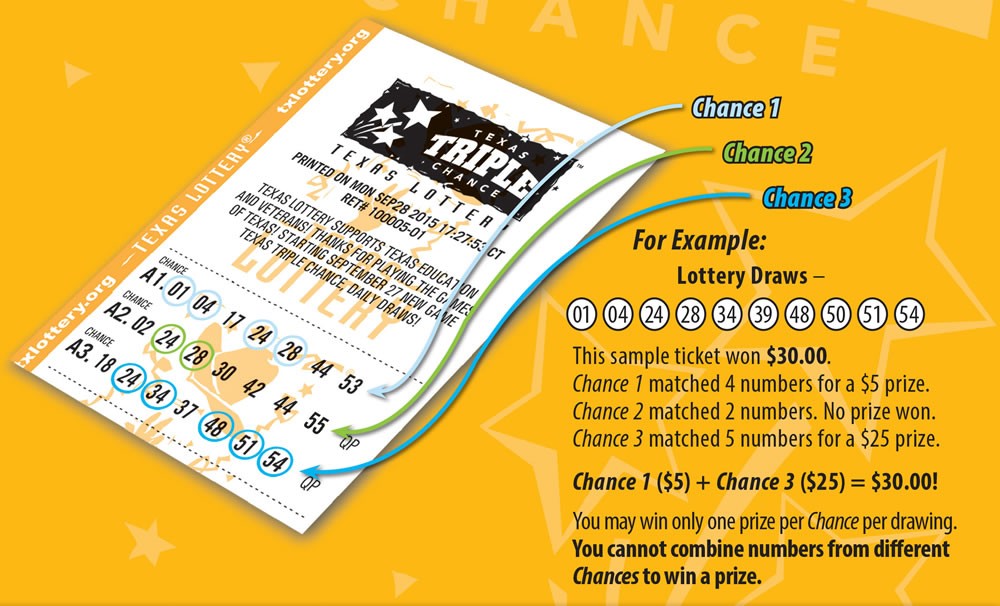