Winner says he plans on investing the money for his retirement

Adding the $1 Megaplier option to a Mega Millions play turned a $1-million prize into $5 million for a Michigan man.

David Kalanik of Milford, Michigan, stopped at the City Liquor store on West Eight Mile Road in Farmington Hills to purchase a Mega Millions easy pick with the Megaplier option, according to a news release from the Michigan Lottery.

His ticket matched the five white balls drawn April 3 — 10, 36, 47, 63, and 74 — good for a $1-million prize. Thanks to the Megaplier option, his prize was multiplied by five for a $5-million prize. The only number he didn't get was the Mega Ball, which would have put his winnings at $25 million.

"I checked my ticket the morning after the drawing and just sat there in disbelief," Kalanik said. "I called my wife in to confirm I had won because I just couldn't believe my eyes."

At first, Kalanik's wife thought he was playing a late April Fool's Day joke until she took a closer look.

"We were both elated. The winning numbers were on the top line of the ticket and I didn't even bother to check the rest of the numbers," said Kalanik.

"I don't always play Mega Millions, but when I do I add the Megaplier. Having a shot at winning a multimillion-dollar prize is the reason I like to play."

Kalanik, 54, took a week to meet with a financial adviser before coming to lottery headquarters last Friday to claim his prize. He plans to invest his newfound wealth for his retirement.

"We plan to continue living the way we always have. Winning won't change our lives, but will help us be more comfortable," said Kalanik.

Mega Millions drawings take place each Tuesday and Friday evening. Each Mega Millions play is $1. For an additional $1 per play, players have the opportunity to add a "Megaplier" that can multiply non-jackpot prizes by up to five times. 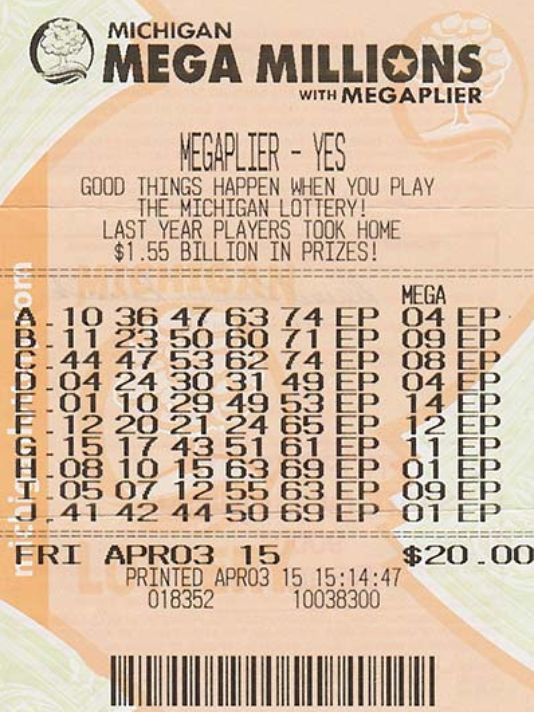 Man who won millions from lottery during divorce case must shareJun 20, 2019