Assembly line worker Evangelina Reyes had big plans for the $1 million she won earlier this year in the California Lottery's "Emerald 10" scratch-off game. But then the owner of the Milpitas liquor store where she bought the winning ticket slapped her with a lawsuit, claiming she'd signed a handwritten contract guaranteeing him half the prize.

Now, instead of dipping into the money for a family vacation in Hawaii and serenely banking the rest for early retirement, the 53-year-old mother of five is gearing up for a court battle with Laxmi Kant Bhardwaj, the owner of USA Liquors. At his request, a judge last week temporarily froze $350,000, half of her after-tax prize.

Reyes is hardly the first lucky lottery winner to duke it out in court. Ugly battles exposing the seamier side of hitting the jackpot have been sprouting up for years, from Indianapolis to Ottawa to York, England. In Bakersfield, for instance, a 75-year-old woman who took a $32 million lump sum payout from the California Lottery settled a lawsuit she filed two years ago against her son, claiming he filched some of the money to buy four houses, 10 cars and a boat. Currently, a legal dispute similar to the one between Bhardwaj and Reyes is raging in East Helena, Montana, between two men over splitting a $1 million lottery prize.

In Reyes' case, the squabble has taken some of the shine off her good fortune. She's been buying lottery tickets from various stores in the Bay Area nearly every other day for at least two decades and was ecstatic about her big win until Bhardwaj sued.

"It's unbelievable," said a tearful Reyes during an interview in her lawyers' office. "I'm so depressed, I cannot sleep."

Bhardwaj couldn't be reached for comment. But his lawyer Paul L. Gumina contended in an interview that there is ample evidence that Reyes owes Bhardwaj $350,000, including an eyewitness to their agreement. Reyes' lawyers, on the other hand, claim the alleged witness wasn't actually there.

Bhardwaj has already been paid the $5,000, or half of 1 percent of the $1 million prize, that he is entitled to for selling the winning ticket Jan. 5, Lottery spokesman Alex Traverso confirmed. However, when Bhardwaj called the Lottery to report that one of his customers had won the prize, he did not claim half was his, the spokesman said.

The conflict dates back to December, after Reyes won a smaller prize from a winning scratch-off ticket she'd bought from Bhardwaj's tiny store tucked in a mini-mall on Calaveras Boulevard.

Overjoyed by the $1,000 she won that day, Reyes gave $100 to Bhardwaj after he'd jokingly asked how much he was going to get, thinking it would increase her luck in the future, her lawyers said.

She then returned to the store in early January after she got off from work packing computers into boxes for $14.20 an hour, and plunked down $20 for two $10 "Emerald 10" scratch-off tickets. She immediately scratched them off and screamed for joy after one showed she'd won $1 million. Reyes then signed a small card or piece of paper at Bhardwaj's request without reading it, she said, believing she needed to do so to eventually get the money. At some point, she said he asked her once again to share the prize.

"I promise to give him $50,000," Reyes said during the interview, adding that she was in shock at the time and believed that paying him would once again improve her future luck. Both Bhardwaj and Reyes are naturalized citizens who learned English as a second language, something her lawyer says may have contributed to a misunderstanding between them.

But Bhardwaj's breach-of-contract lawsuit claims that in December, Reyes paid him $500 of her $1,000 winning ticket, not $100, based on their spoken agreement that he would advance her the money for the tickets as long as she split the prize with him equally.

In January, they entered into the same agreement, the lawsuit alleges. He offered to buy her $80 worth of tickets in exchange for half of any prize, the suit contends. The handwritten document that Reyes signed, which does not state that he bought the tickets for her, constitutes a legally binding contract to pay him $350,000, which she has violated, according to the lawsuit.

There's nothing in the Lottery's code of conduct that prohibits its 21,000 retailers from making such deals with customers, spokesman Traverso said. The agency also does not keep track of how many track lawsuits are filed over prizes.

In contrast, Reyes' lawyers Nelson McElmurry and Domenico Scire contend that Bhardwaj doctored the document, pointing to the manner in which some of the numbers are squeezed onto the page and the fact that his first lawyer sent them a different version of it than the one they received 11 days later from Gumina, the second lawyer Bhardwaj hired. At most, they said, it might have originally stated that Reyes would pay him the $50,000.

But even if Reyes rashly promised to give the store owner $50,000, she is not obligated to pay him, they claim. Under the law, they said, promising to give someone a gift is not considered a legally binding agreement or contract, and the person may withdraw the promise with impunity, even if they have signed the offer. An enforceable contract exists only if the person who is promised something has gotten something in return. Reyes' lawyers claim Bhardwaj did not pay for the lottery tickets, so there is no breach of contract.

"The whole thing is a ruse," McElmurry said, "as we plan to prove in court." 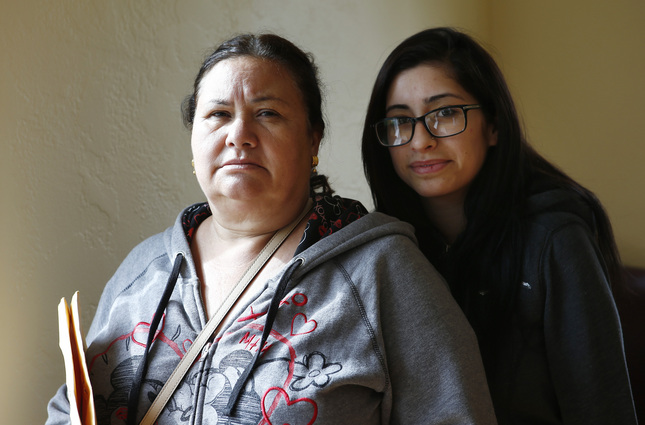 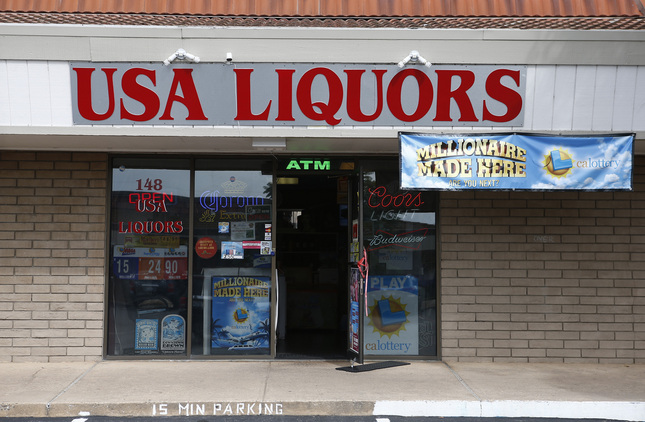