For just the second time in Massachusetts Lottery history, someone has won $15 million from a scratch ticket.

Michael Milford, 28 of Melrose, bought his lucky "World Class Millions" ticket on Sunday at the Boyles Family Market on Mystic Avenue in Medford.

The store will get a $50,000 bonus for selling the $30 ticket. It's the highest bonus paid out to a store by the lottery.

Milford picked up his prize with his fiancée at lottery headquarters in Braintree Tuesday. He chose the cash and walked away with a one-time payment of $9,750,000.

He told lottery officials he'll use the money to pay for his wedding, pay off bills and help his family.

It costs $30 to buy a "World Class Millions" instant scratch ticket and there are a total of four $15 million prizes.

The first one was claimed in July 2014, so there are still two more out there. 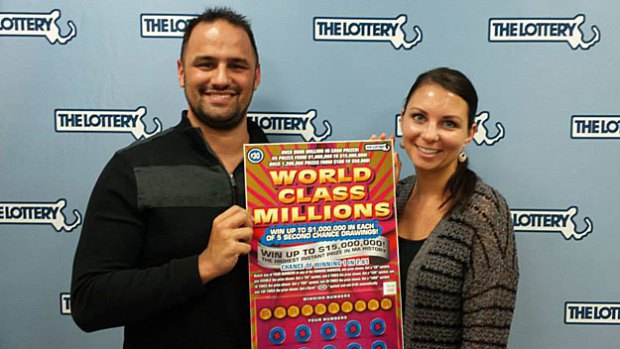