A Savannah, Georgia, resident realized this week that it was no trick when he found a forgotten lottery ticket that led to a major treat: a $1 million prize.

"I had these tickets that were sitting in my car," said Bramble, who claimed his prize Oct. 21.

He was at the grocery store checking the tickets when he realized he'd won.

"I thought that I must've won a chunk of change. I didn't know that it was that much change," Bramble said. "I lost my composure for a couple of minutes in the store."

A registered nurse, Bramble feels "awesome" over his windfall. He and his wife, Tanyka, have four children and have not yet made plans for their winnings.

Wednesday's Powerball jackpot is at an estimated $142 million to a single annuity winner.

And he's not the only $1 million winner in Savannah that lottery officials announced this week.

The winner, Robert Miley of Savannah, claimed his prize Monday at the Georgia Lottery District Office in Savannah. 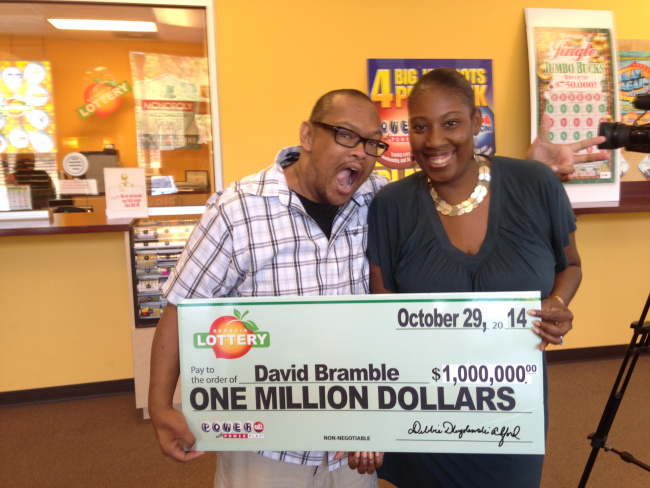