A Bend, Oregon, man who won $1 million with a Powerball ticket last month decided to share the wealth in a gesture of brotherly love.

Eric Hale, 45, split the spoils 50-50 with his younger brother, Quinn Hale, of Yakima, Washington, on Thursday in Salem.

Eric said he and Quinn have been close since childhood. The brothers grew up in Bend and lived together during their 20s and 30s. Despite Quinn's stint in the Navy and the geographic distance between them, they maintained a promise to share any winnings, said Eric.

"At some point in there, if we won something, we decided to split it," he said.

Eric just completed a bachelor's degree in psychology and will use some of his lottery spoils to pursue a master's degree in clinical counseling. He's also planning to take a 20-day trip to China and to invest some of the winnings.

Quinn, 43, who is pursuing a doctorate, also will use the money to pay off student loans, said his brother. Quinn works in admissions at Yakima Valley Community College and will put some of the winnings toward a down payment on a motor home, according to Eric.

When Eric called his brother to tell him the good news, Quinn was in disbelief.

"I still am in shock even though we have the checks," the younger brother said. "This is beyond cool. I never believed he would actually do it."

The brothers beamed as they held on to the prize check they collected on Oct. 9 at Oregon Lottery headquarters in Salem.

Eric purchased the winning ticket Sept. 22 at the Quickway Market off Butler Market Road in Northeast Bend. The total Powerball jackpot was $228.5 million.

He has played Powerball, and sometimes Megabucks, fairly regularly in an effort to win big, according to a news release from the Oregon Lottery.

"I just walked in and was gonna get a new ticket and check my ticket," Eric said of the day he found out, Sept. 24. "I put it in the little blue machine and was like, 'Oh, that's crazy.'"

The Quickway also had a lucky day: Lottery retailers receive a 1 percent commission on all winning tickets over $10,000.

Store manager Jennefer Seidel didn't know how the money was going to be spent, though.

"There's no real plan for it yet," Seidel said Monday. "We just found out ourselves last Friday."

Although the store has seen winners before, "This is probably the biggest one we've had," she said.

Eric acknowledged he could have made good use of the $1 million.

"Sure, I could have headed for Costa Rica, but I kept my promise," he said, according to the lottery.

Eric Hale is Oregon's second $1 million Powerball winner this year. The first was from Jacksonville, according to local media archives. 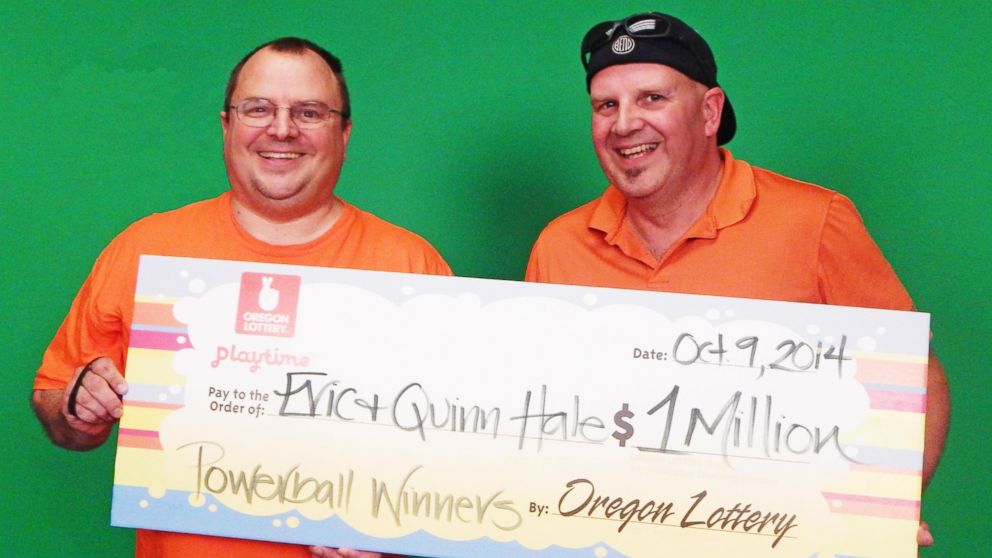 Thanks to LottoMetro for the tip.