A man with a winning $259.8 million Powerball ticket claimed what officials are calling the largest jackpot ever won in Tennessee and says he plans to use most of the money to support the performing arts.

Roy Cockrum, of Knoxville, appeared Thursday at the Tennessee Lottery headquarters in Nashville to claim the prize. He plans to accept a lump sum payment of $115 million.

Cockrum, 58, bought the ticket at a Kroger store in Knoxville on June 11.

Cockrum said in a statement that when he realized he had won the jackpot, it "literally knocked me to my knees."

He then said a little prayer, picked himself up, put the winning ticket in his wallet and went to pick up his mother.

Cockrum worked 20 years as an actor and stage manager for theater and television. He later became known as Brother Roy as he followed a call to religious service with The Society of Saint John the Evangelist, an Episcopal religious community in Cambridge, Massachusetts. According to the society's "Rule of Life," members of the monastic order take "lifelong vows of poverty, celibacy and obedience in an enduring fellowship."

He moved back to Knoxville in 2009 to care for his parents, the lottery said.

"I really believe the best way to prepare for this tsunami of cash has been to live under a vow of poverty for a number of years," Cockrum said. "It gives great perspective."

Cockrum said he plans to use most of the money to start a foundation that will support performing arts organizations around the country.

"It's going to be my job to work very hard to make sure that every single penny of this prize is a blessing to whoever it touches," he said during a news conference. Beyond that, Cockrum had little to say and let lottery officials do most of the talking.

Lottery officials say it's the largest prize ever won in Tennessee Lottery history. 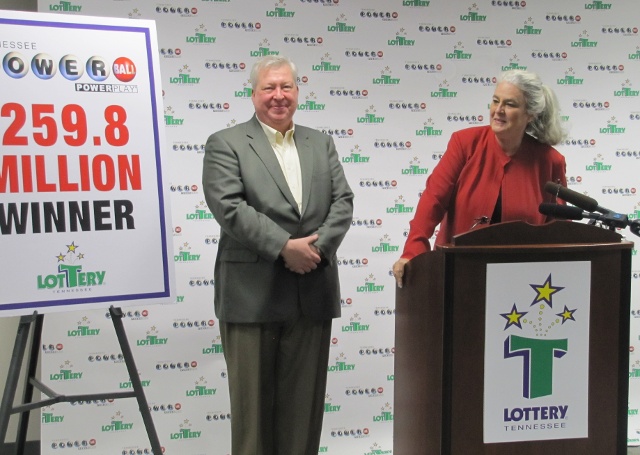