A former Iowa Lottery employee was arrested after an investigation found she stole lottery tickets from stores and a bar in the Fort Dodge area, according to officials and court records in the case.

Toni Hammer, 49, of Alta, was charged with seven counts of lottery fraud and one count of tampering with records. Hammer worked as a district sales representative in the lottery's Storm Lake office and was responsible for delivering tickets to stores, said Mary Neubauer, a spokesperson for the lottery.

The Iowa Division of Criminal Investigation launched a probe after Iowa Lottery staff identified a discrepancy in records involving some lottery retail locations in northern Iowa. The Lottery's Division of Security conducted an internal review before requesting a criminal investigation.

The investigation found that Hammer stole lottery tickets from two Fort Dodge businesses: a bar called Cricket's Lounge and a Hy-Vee Drugstore, according to criminal complaints filed in Webster County District court. Hammer also stole tickets from a convenience store in nearby Duncombe, according to complaints.

The ticket thefts happened over a three-day period between January 7 and January 9, according to the complaints. In one instance, Hammer stole a $5 ticket from the $5,000 Bonus Game from Duncombe Gas and Grocery that was found in her work vehicle during the investigation, a complaint said.

Hammer worked for the lottery from 1997 until February 25 and made $57,693 in her last full year of employment, Neubauer said. The state placed Hammer on its do-not-hire list on April 2, according to a database released to The Des Moines Register.

Neubauer declined to speak in detail about how lottery officials uncovered the record discrepancies that led to the investigation. However, lottery officials are satisfied that the security procedures in place worked in this case, she said.

"We work hard to have safeguards in place to be on the lookout for anything unusual in the system," she said. "We need to stay on top of things that go on within the lottery system so we can catch situations."

The lottery does not think any other employees were involved in stealing tickets with Hammer, Neubauer said. Hammer was released with supervision from the Webster County Jail this morning after a hearing, according to online court records. 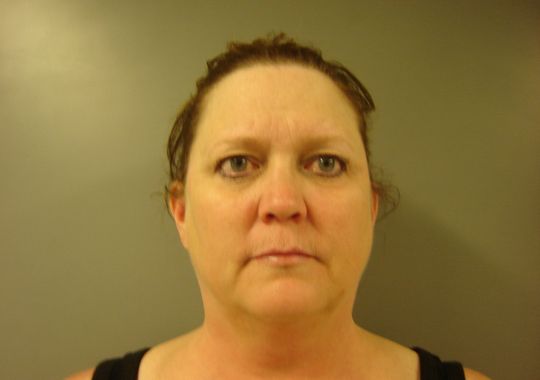