Man tries to cash in on 1,300 stolen lottery tickets

A construction worker brought 1,300 stolen Iowa Lottery tickets into the Quad-Cities and cashed them at several stops in the area before Bettendorf police caught up with him, police say.

Joshua Andrew Jorgensen, 31, was arrested Thursday and faces five felony charges related to illegal use of the lottery tickets. An investigation by the Iowa Lottery Commission and the Bettendorf Police Department showed the following trail of events, according to an affidavit in the case.

Jorgensen came into the possession of 1,300 tickets, stolen from the Petro & More Shell gas station located in Grandview, Iowa. The tickets were for various games and face values. Also taken at the time were chewing tobacco and alcohol. The ticket theft was reported to the Iowa Lottery, and an investigator began tracking their use.

Jorgensen next went to One Stop Express Mart, 3469 Middle Road, Bettendorf, at 6:31 p.m. Store video shows him entering the store while the only employee at the business was outside, helping another customer at the gas pumps.

Jorgensen was videotaped as he reached over the store's counter and removed one "Make My Year" $10 Iowa Lottery ticket and put it in his pocket, without paying for it. He subsequently redeemed 21 more of the stolen tickets and received $124 in winnings.

At 5:06 a.m. April 14, Jorgensen was videotaped at Casey's General Store, 11200 140th St., Davenport. At that point, he redeemed 11 tickets and received $46 in winnings. He then passed the "Make My Year" ticket that he had taken the previous day and redeemed that one for $20, according to documents.

A search warrant was issued for a home in Danville, Iowa, where Jorgensen is temporarily residing, with a roommate, on a construction job near Burlington, Iowa. Officers located numerous Iowa Lottery tickets in the residence, as well as Jorgensen's vehicle. It was the same vehicle he was videotaped in during the Quad-City transactions, according to the affidavit.

After being arrested by Bettendorf police, Jorgensen was booked into the Scott County Jail. He was released on $5,000 bond after serving more than two hours in the jail. 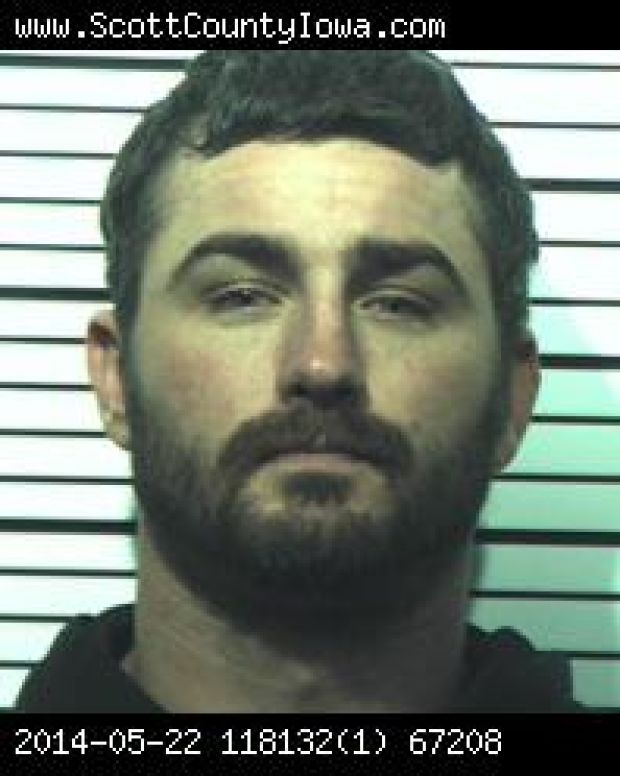