In walked the Bondurant multimillionaires. She wore a sweatshirt, he a Chicago Bears jacket. They sat down and ate deli slices of ham with their hands off paper plates.

Mary Lohse hit the $202 million Powerball jackpot 18 months ago, the second-biggest lottery win ever in Iowa, which kept her husband, Brian, from hunger.

What's on your if-I-win list? Unhook the phone, run off and begin life as a full-time consumer?

The Lohses kept the same telephone number they've had for 14 years, became the most forthcoming Iowans to ever win a big lottery — spilling their guts on how they spend their money and how the win changed them — and built a grocery store because their hometown needed one.

"We want to be able to come here and pick up our groceries instead of driving to Altoona," said the father of three.

It didn't sound like the beginnings of a polished publicity campaign for Brick Street Market and Cafe, their Bondurant store that is slated to open in early April.

"I don't want to be the boss man because I don't know anything," he continued. "We just like to hang out here. We've got nothing else to do."

He quit his attorney job. She's on an as-needed basis in her medical assistant job, although she hasn't worked since June. Since she picked the winning Powerball numbers, she's told everyone that it's not like she earned the money. Might as well share it.

So the couple in their mid-40s have spent their time in a new kind of job — writing out checks and gleefully watching how it changes people's lives.

The couple has poured millions into their community. They paid off the mortgage of their Bondurant Federated Church. They donated $3 million to a new football stadium for Bondurant-Farrar High School. They helped a local cancer fundraiser set a record and donated more toward city park improvements.

They built the $4.5 million grocery store because they said it was something the people in this town of 4,000 drastically needed. They began funneling money to family and friends far and wide and still marveled at how far the cash payout option of $129.8 million ($90.1 million after taxes) could go.

Not long ago, they were pretty broke. He even took a second job as an early-morning newspaper carrier back in 2004, until he literally fell asleep while talking during a meeting.

They eventually made decent money at jobs in nearby Des Moines, he as an EMC Insurance Companies attorney and she as a medical assistant at a Mercy Medical Center clinic. But by 2007 their $179,000 home faced a foreclosure.

They had a plan of survival.

"A lot of it was prayer," said Mary. "And winning the lottery."

Most people have a dreamy conversation about what they would do if they won the lottery. The Lohses had actually mapped out a skeleton plan long ago.

Money would go as follows: charity, kids, family and friends, fun. They also joked about another thing during a late-night trip to the convenience story for an overpriced grocery item soon after they moved to Bondurant in 2000.

"If we win the lottery, we need to build a grocery store."

She decided to stop and get gas and buy a lottery ticket.

The next day she had mostly forgotten about it when she overheard that an Iowan had won. She herself to check the numbers later. She got busy at her clinic job but eventually found the ticket at the bottom of her purse and called a recording that reads off the numbers.

"Maybe she is telling the truth," he said.

By the time it started sounding real, another reality set in. Brian didn't have any money to get home. He had to use a personal debit card for his hotel, which put a $1,000 hold on the card.

Mary, now sitting in their attorney's office, had to borrow money from a girlfriend.

When Brian finally burst through the door, the first thing she said to him was not about their lives changing forever.

"I smoked," she confessed, breaking her quitting streak.

A team of financial experts was assembled. Brian had studied estate planning. But the intricacies of handling all that money even glazed his eyes as he listened to the experts.

One thing stayed clear to them. They would follow their plan. They would start giving this money away. They would listen to all the people who would make pleas for that money and answer every one. This would not change them. No way.

A few things did change.

Happy to see others' enjoyment

The ideas came fast and furious. Let's pay off our parents' homes. Not good, said the experts, who were there to help them get the most of their money without the government taking more of it in taxes.

Brian and Mary's first enjoyment was watching the happiness of everyone else in the family.

"What's amazing is what a focus of your life that money is," Mary said. "Everything revolves around money, especially when you don't have it. So to see them be able to be out of out of debt."

They set up the Lohse Family Foundation, and began funneling money to causes they had championed before they won the lottery. They had been involved in the church and school and city government.

Freeing their church from its mortgage allowed them to get a youth pastor. And it also gave the Lohses one of their greatest thrills, buying a new Mustang for the pastor, who had joked in sermons of his dreams of driving one.

They gave the money for the football stadium, doubling the seating capacity and adding an turf surface, so their sons could one day play on the field, but also for those kids who Brian had coached coming up through youth football.

They could soon see improvements to the city park, which Brian knew wasn't possible in the city's budget.

"I've heard a lot of people comment on the stuff they're doing, but every place they gave to were things they were involved in before. The only thing that changed was the scale," said Corbin Van Wyk, who goes to the same church as the Lohses and was hired as the grocery store manager.

"Brian has been in economic development here for years, so after Mary won the lottery they started talking about building a sense of community, having a meeting spot for people to come, a place for kids to get that first job."

The 170,000-square-foot grocery will include a bakery and meat counter and a 1950s-style diner, complete with a kitchen window where the cook can toss food and ring a bell, what Brian always wanted.

A grocery binds a small town together, said Mayor Keith Ryan, and the baggers are the local kids who might be playing on the football field on Friday nights. "They picked something that is an investment in the future."

But distributing wealth isn't all back slaps and good feelings.

The calls came in. Mary called them "woe is me" pleas. People who aren't working who need money.

Ninety-nine percent of the personal pleas and "business opportunities" came from out of state, she said, and all but three from outside Bondurant. Still, some were heartbreaking.

"It's tough to read those. We were right there," she said.

In fact, they were so upside down in their mortgage that by the time they paid it off with their lottery winnings, the bank needed $222,000 for their $179,000 house.

Their kids needed to be lectured a bit, too. The biggest worry, Mary said, was that the kids would become lazy and ungrateful. They wanted them to distinguish between a want and a need, the very philosophy that Brian says makes him a political conservative, like most lottery winners increasingly become, research shows.

The oldest boy wondered how they could be multimillionaires and he's driving an old used car. "A teenager," his dad said, "doesn't drive a new car."

In fact, the boy has a part-time job, and will help in the fitness club they are opening adjacent to the grocery. Any clothes beyond what he needs are paid for with his own wages.

But the kids have also learned something more valuable. When a younger child came home and asked what food stamps were and why his classmate needed them, the Lohses bought the family $2,000 in gift cards for Christmas.

The kids have seen people stop their parents in the street and thank them. And they have witnessed kindness come back to them. Soon after they won the lottery, a customer paid for their family meal while they were out celebrating.

"They weren't buddying up," Brian said. "They were happy for us."

After all that giving, this is the last item on the Lohses' lottery skeleton plan — fun. He got a new pickup. She got a new SUV. They built a cabin in Minnesota and are building a new home in Bondurant. She still spends money on lottery tickets. And they took a couple trips, earlier this week making a call from Hawaii.

"I'm sitting out here with the kids looking over the water in Maui," Brian said. "That's not something I've ever dreamed of doing before."

So did the money make them happy? Did it change them?

"We truly have enjoyed being able to help someone out and see the affect is has on their life," said Brian.

They say the biggest change is that the weight of financial worry has been lifted from them. They haven't changed as people, not their core values and beliefs.

"But I hope it does change us to become more generous and compassionate people," Brian said. "I think it has." 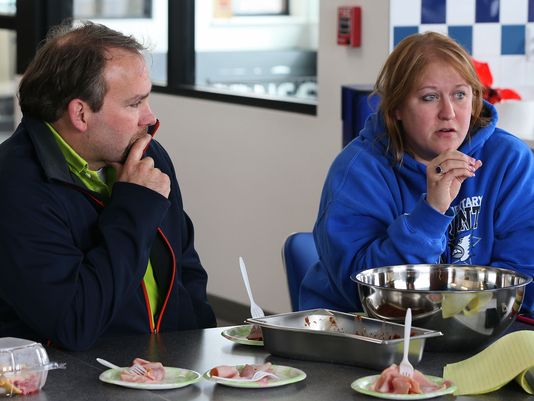 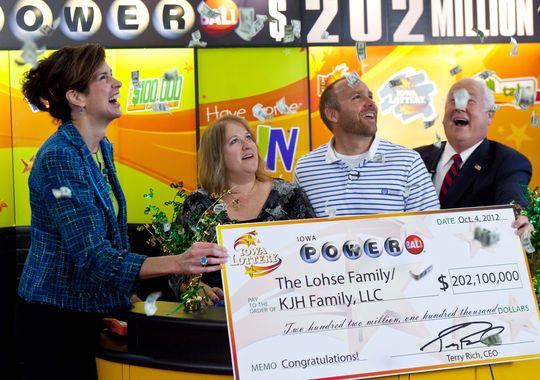