The Minnesota and Iowa state lotteries have unveiled a new two-state game in which players win the prize by matching all of the numbers — or none of them.

In the new game, called All or Nothing, players choose 12 numbers from a pool of 24.  There are 10 different ways to win prizes by matching various numbers, but the top prize of $100,000 is won by matching either all the numbers drawn or none of them.

The game concept has been growing in popularity in recent years, and is currently used in the states of Illinois and Texas, as well as in Ireland.

"It's the first game that's been developed based on customer comments," Van Patten said.

His Iowa counterpart, Terry Rich, says it's a game for people who never match anything in lottery drawings.

The Minnesota Lottery stated in a recent press release that All or Nothing uses "a player complaint about lotto drawings as the basis for a new game."  Some lottery insiders might interpret that as pointing the finger at computerized drawings, which currently dominate the Minnesota game lineup.

The new All or Nothing game drawings will be conducted by the Multi-State Lottery Association (MUSL), the same organization that operates the popular Powerball game.  Real mechanical lottery drawing equipment will be used for the drawings.

To make way for the new game, the Iowa Lottery has retired the $100,000 Cash Game.  The final drawing was conducted on Saturday.

VIDEO: Watch the promotional video from the Minnesota Lottery 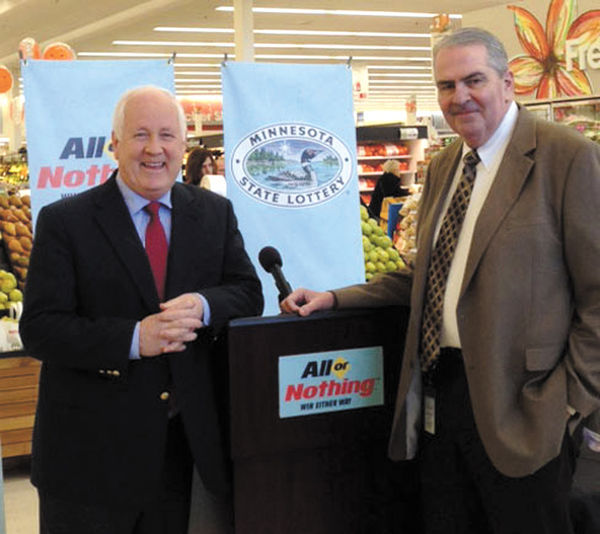