Bruce Butler, a General Motors retiree who played the lottery for 40 years, didn't gun down a Southfield liquor store employee because he was angry he'd left a winning ticket on the counter months earlier, his attorney says.

If Butler had won a $1 million prize, he would have known better than to try to cash it at a liquor store, attorney Joe Niskar said in his opening statement Friday.

But while Niskar contends police got the wrong man, prosecutors say they have evidence to prove Butler, 60, of Southfield fatally shot Mike Khmoro, 48, in the parking lot of the liquor store on Oct. 6, 2010.

Police say Butler intended to shoot Khmoro's younger brother, who owned the store, and mistakenly shot Khmoro. Witnesses told police that months before, Butler was upset because he'd left a winning lottery ticket on the counter in the store to get beer, and it was stolen.

In his opening statement, Assistant Prosecutor Ken Frazee told the 10 women and four men on the jury that there is ample evidence to show Butler was the gunman.

Frazee said surveillance cameras showed Butler's black GMC Envoy pull into the store's parking lot at 2:53 p.m., where it remained for more than an hour.

Shortly before 4 p.m., Khmoro — who worked in the liquor store — wheeled a shopping cart full of garbage bags out of the store and to a trash bin. As he wheeled the cart back, someone inside the Envoy shot him four times. He died an hour later at a hospital.

"Mr. Khmoro was defenseless at the time he was shot," Frazee said.

At the time, Butler was months away from retiring from GM after 36 years. He was arrested 10 months later after his brother-in-law, Andrew Roberts, went to police and said Butler had confessed.

Roberts, who is expected to be a key prosecution witness, told police Butler asked him to hide the murder weapon, a .38-caliber Smith and Wesson.

Niskar said police, desperate to solve an unsolved murder, got the wrong man. The SUV on the surveillance tape could have been blue or purple, he said, and Butler, with his distinctive white hair, did not match the description eyewitnesses gave of the driver. 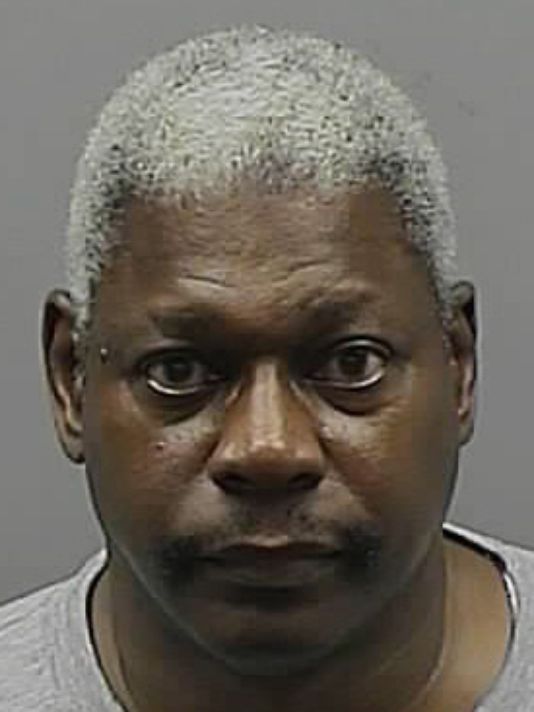 Michigan Lottery cracks down on retailers who cheat customersNov 17, 2017

Trial begins for man linked to double-murder by lottery ticketsOct 24, 2012